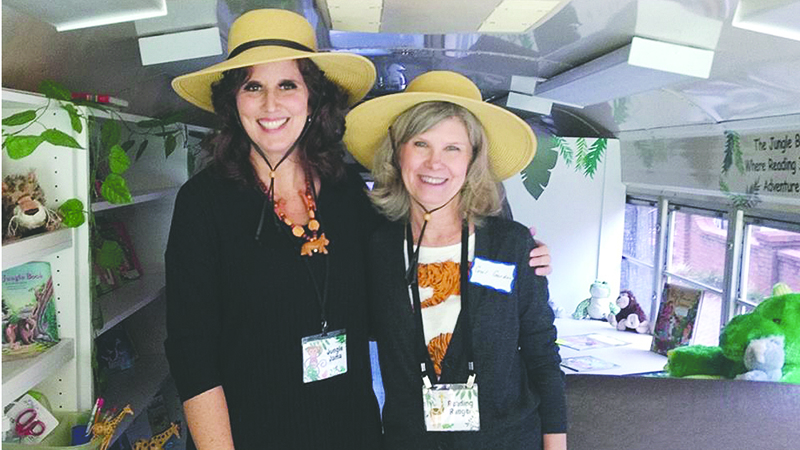 Nicole Kennedy, also known as Jungle Jama, and Gail Gordon, also known as Reading Ranger, are the grand marshals for the 2021 Sweet Land of Liberty Parade on July 3, according to a press release for the event. This year’s event theme is “Red, Wild, and Blue.”

Kennedy and Gordon have been driving around and reading to children of all ages for nearly four years on The Jungle Bus.

Kennedy received her undergraduate degree in early childhood education from Auburn University. She continued her education and received her master’s degree and specialist degree in elementary education from the University of West Georgia and Troy State University. She also obtained her leadership certificate from the University of West Georgia. She is the Title I Parent and Family Engagement Coordinator for the Troup County School System and has worked in the public school system for over 29 years as a teacher, administrator and central office leader. She’s also a board member for Heart of West Georgia and for Troup County CASA and volunteers her time with Safe Families for Children through Twin Cedars Youth and Family Services. Kennedy is also very involved with her church, Rosemont Baptist. She is passionate about reading and encourages families to read for at least 20 minutes a day.

Gordon is the Success by 6 Coordinator with United Way of West Georgia. She received her undergraduate degree from LaGrange College with a double major in psychology and early childhood education.

Before becoming “Reading Ranger,” Gordon worked in the school system as a teacher and counselor before taking time off to be a full-time mom to her son. While she was away from the school system, she got her real estate and brokers license and assisted in starting a real estate company called Lone Oak Realty.

As she was headed back to apply to work in the Troup County School System, she heard of the opening for the Success by 6 Coordinator’s job under United Way of West Georgia and applied. She has been in this job for close to 10 years and focuses on school readiness in younger children before they start school. She has always said that parents are their child’s first teachers, and the first years of life are critical in a child’s future success.