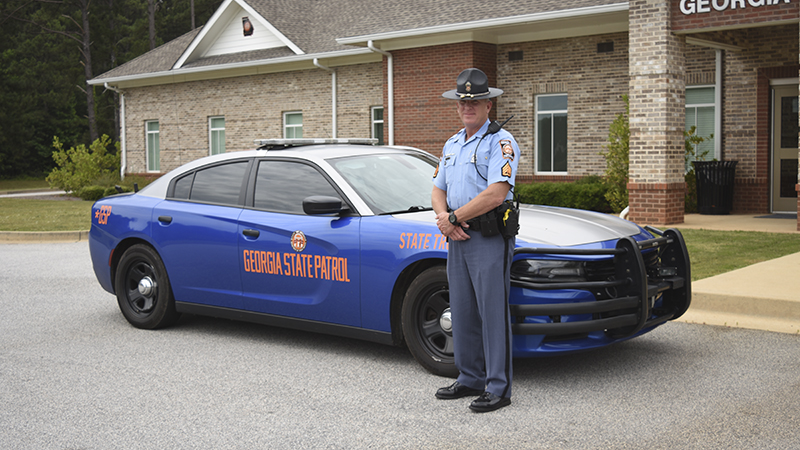 Thompson said that the position opened up after his predecessor, Scott Jeter, was promoted to lieutenant.

“The opening came up, and I requested a transfer, so I got it,” Thompson said.

Thompson started out as a deputy in Fayette County in 1989. He was there until 2002, when he joined GSP.

GSP’s Criminal Interdiction Unit works with other law enforcement agencies and drug enforcement programs to reduce drug trafficking in Georgia, according to the Georgia Department of Public Safety.

“This is an exceptional crew here at Post 2, and I’m looking forward to facing challenges with them and helping out the public here,” he said.

Though GSP primarily enforces traffic laws and investigates crashes, it also helps other public safety agencies “reduce criminal activity, apprehend those involved, and respond to natural and manmade disasters,” according to DPS. It’s divided into 52 posts.