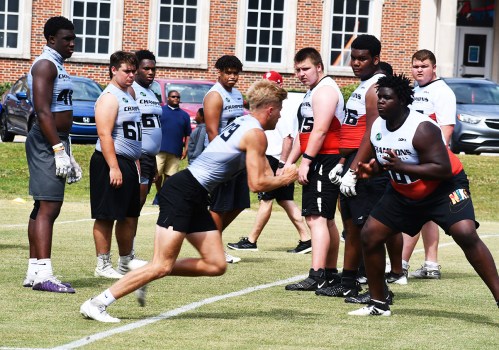 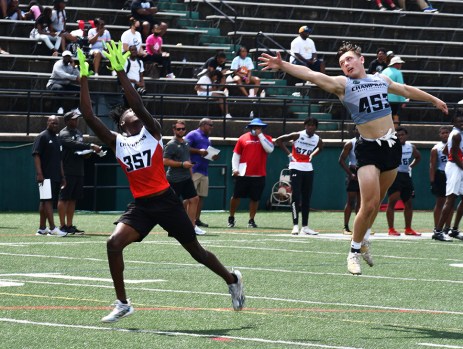 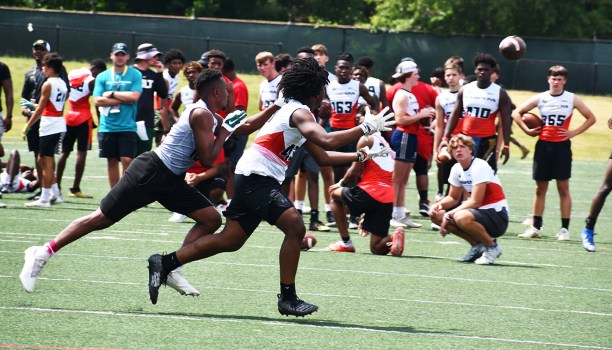 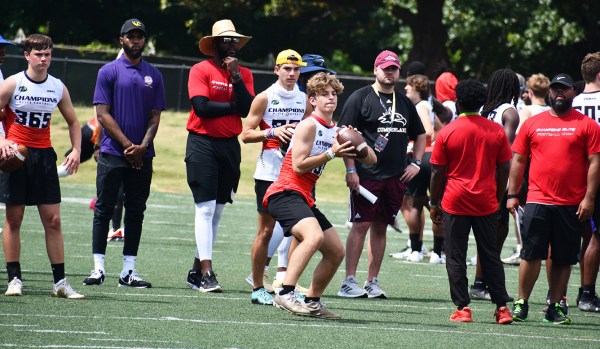 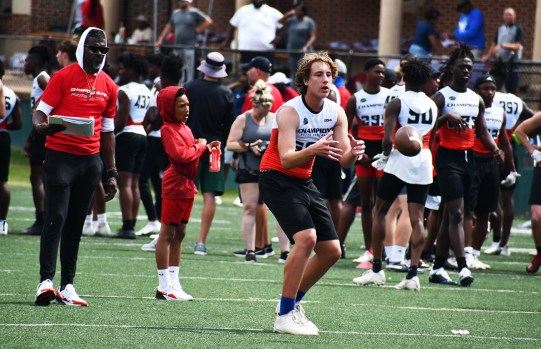 For two days, more than 1,000 high-school football players are getting to know the LaGrange College campus, and that suits head football coach Earl Chambers just fine.

The Champions Elite Football Camp is being held at LaGrange College and Callaway Stadium on Thursday and Friday, and one of the benefits of the event is the exposure that the school, and the football program, receives.

“To have them on our campus is the mission,” said Chambers, LaGrange College’s head coach since 2018. “If you can’t get them on campus, it’s tough. To have this many kids on campus is awesome.”

In past years, Chambers noted that many of the players and coaches who participated in the camp were impressed with the school’s facilities.

“The kids, I end up getting a bunch of emails afterward, and they said coach, I didn’t know y’all had stuff like this,” Chambers said. “They said I’d never been to LaGrange, and this is really cool. That’s the thing I like about it. You even hear it from college coaches.”

The camp has been held at LaGrange College since 2017, although last year’s camp was canceled because of COVID-19.

The camp has returned with a vengeance this year, with about 1,500 high-school players participating, and they’re getting instruction from dozens of college-football coaches from across the country.

“We have a lot of coaches out there, and we’ve got them from all over,” Chambers said.

Thursday was a busy day with three sessions, each of which featured hundreds of players.

Two of the sessions lasted three hours apiece, and players were separated by position, with around 100 quarterbacks getting their work in on the turf at Callaway Stadium.

There was also a two-hour session devoted to special teams.

The camp concludes on Friday with another three-hour session starting at 9 a.m.