Walters recognized for 62 years of service to LaGrange Lions Club 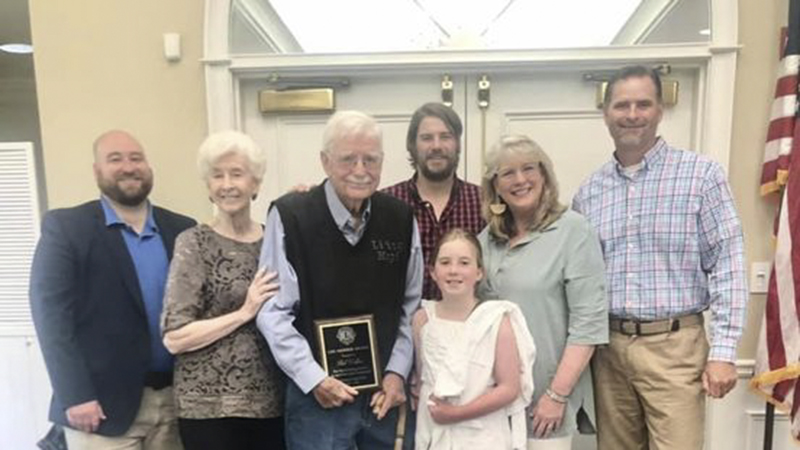 This award is given to longstanding members who live out the Lions Club motto of “we serve.”

“Lion Bob is a shining example of what it means to be a Lions Club member,” Dorsey said.

“He gives to others with no thought of return and continuously looks for ways to serve the less fortunate. We are so blessed to have Lion Bob Walters in the LaGrange Lions Club and in our community. His desire to help others serve as an example to Lions, our community and around the world.”

Walters is involved in the community in many ways including Flag Bank Board member for 20 years, Faulkner University Board of Trustees for 37 years, Elder at Broad Street Church of Christ for 40 years and Founder of Living Hope for Honduras.

He also has a passion for mission work.

In the 1980s-1990s, he led several mission trips to Honduras, Portugal, Republic of Georgia and Ukraine.

In 1999, his focus became to build a dormitory facility to house Honduran mission groups to better serve the Honduran communities.

In 2003, Walters and a partner purchased a 170-acre farm to raise fruits and vegetables for the mission workers. Later, in 2017, he donated the land to Living Hope for Honduras as a home for at-risk young Honduran girls while still serving as a working farm and dairy.

He was co-owner of the Mill Store for 38 years and in 1965 invented the Hot Melt Seaming Carpet Tape that is widely used in the carpet industry today.