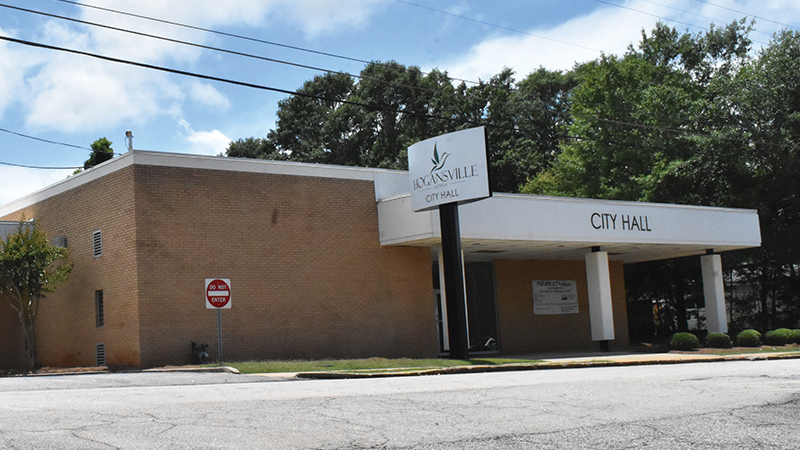 After decades in the Royal Theater, Hogansville’s City Hall has officially moved to a new location.

On Monday, Hogansville officially opened its city hall in the renovated PNC bank building located at 111 High St.  The city held its first work session and council meeting Monday at 7 p.m. The building’s official grand opening will be on June 28 at 6 p.m.

The move happened sooner than was originally expected. According to Hogansville Mayor Bill Stankiewicz in a previous interview, the city planned to make the move “toward the end of June.”

“We’re all very excited to have gotten to this point and look forward to the benefits it will provide. It’s definitely a feather in the cap for the City of Hogansville,” said City Manager Jonathan Lynn.

“It’s very nice inside. The only thing that remains, essentially, from the old bank that was in that location would be the drive-through window and the vault. Everything else has been redone on the inside.”

“It’s representative of the hard work of all the people here, the staff here, starting with the city manager and assistant city manager. And they did an excellent job of planning and managing the move so that it went off without a hitch,” Stankiewicz said.

Stankiewicz said the Royal Theatre, where the city hall used to reside, will be transformed into a “multipurpose entertainment center” that will show movies, put on plays, and host other kinds of live entertainment.

The transformation is expected to take over a year to complete and cost about $2 million. Strategic partners for the project include the Callaway Foundation and the Fox Theater Foundation. Funding will also come from SPLOST and a USDA blighted building grant administered through the DCA.