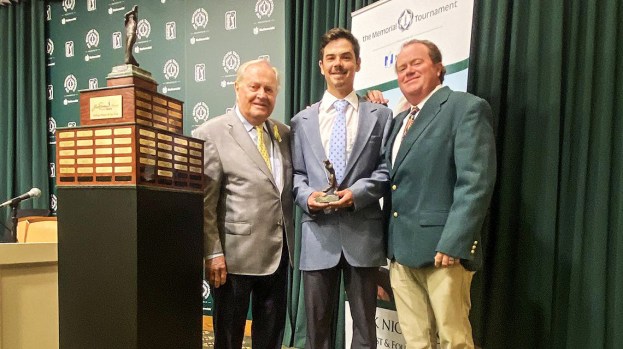 Ruan Pretorius, who enjoyed an exceptional senior season for the Point University golf team, was in excellent company over the weekend.

Pretorius was one of five players who received the Jack Nicklaus Award during a ceremony in Ohio on Sunday.

Pretorius was the nation’s top NAIA golfer after putting together a sparkling resume during the 2020-2021 season.

Pretorius finished his season by leading Point to a fourth-place finish in the NAIA national tournament, and he earned a fifth-place individual finish.

Pretorius won two tournaments during the season, and he finished as Golfstat’s top-ranked NAIA golfer.

“This award means to much, not only to Ruan, but to Point University,” said Point head coach Shannon Lipham. “Ruan is the first Skyhawk golfer to win the Nicklaus award. It is the biggest honor given in college golf and it couldn’t go to a more deserving person. It has been my honor to be a part of his journey over the last three years. I’m so proud of the man he has become.”