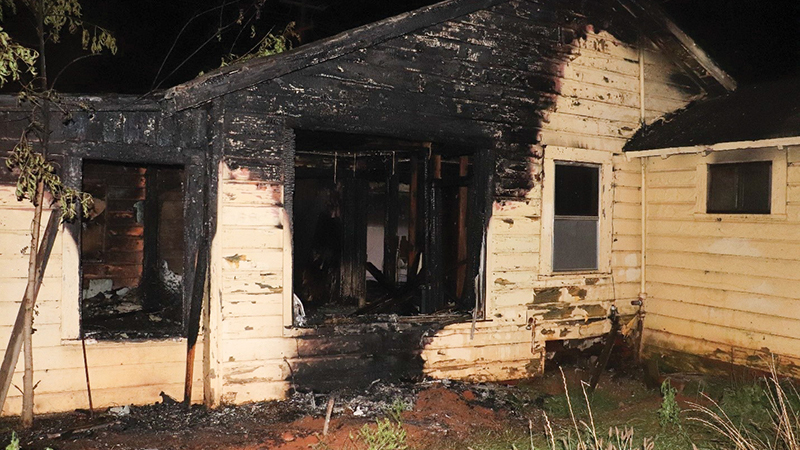 The LaGrange Fire Department responded to a structure fire on Hamilton Road on Saturday night.

Firefighters arrived at 1446 Hamilton Road at 10:39 p.m. to discover the rear of the residence on fire, according to a press release from the city of LaGrange. Crews quickly extinguished the fire.

The structure was declared a total loss.

As of Monday, the cause of the fire is still undetermined.

The structure belongs to the State of Georgia Department of Transportation as part of the Hamilton Road widening project, a 1.42-mile project located in the city of LaGrange, which consists of widening a two-lane roadway to four lanes with a 20-foot raised median and urban shoulders. The building was unoccupied and was set to be demolished so that the land could be used for the widening of Hamilton Road, said Chad Dallas, deputy chief with the LaGrange Fire Department.