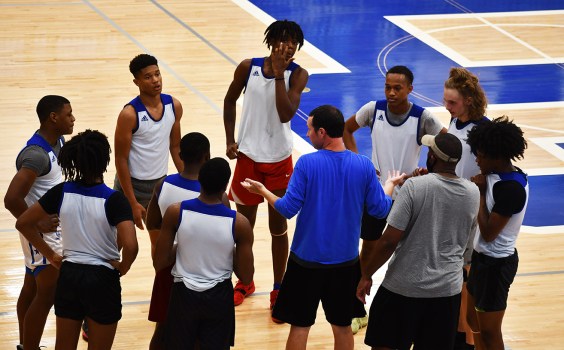 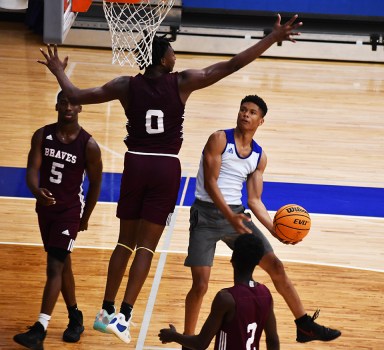 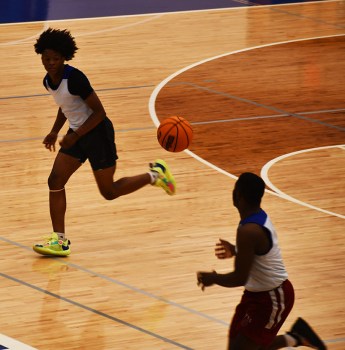 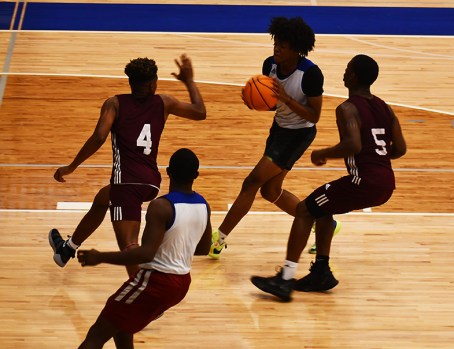 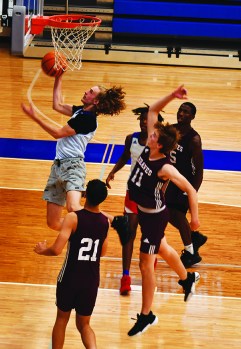 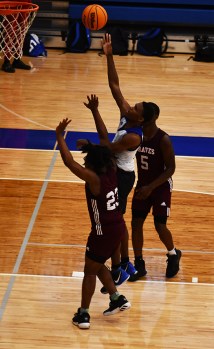 The LaGrange Grangers are getting plenty of time in the gym this summer.

The Grangers have a busy summer schedule that will include close to 30 games, and they played two home games on Monday and beat Heard County and Valley.

The Grangers didn’t get to play summer basketball in 2020 because of COVID-19, and head coach Mark Veal is glad to have it back this year.

“Last year, we couldn’t play, and they got tired of playing each other,” Veal said. “Now, when you start playing other teams, you get to see more from the players.”

Last season, LaGrange finished fourth in the Region 2-AAAA tournament before falling to New Hampstead in the opening round of the state tournament in Savannah.

Many of the players who helped the Grangers make it to state will return, including senior guard Kobe Jones, who suffered a costly ankle injury in the semifinals of the region tournament in February and was done for the season.

Also slated to return is senior Tristan Smith, as well as Garrett Jacobsen and Mydarius Scott, who are a part of a talented junior class.

“We’ve got a nice junior nucleus,” Veal said. “A lot of these kids like to play ball, and they’ve got some talent. Then you add in a four-year starting point guard in Kobe, and Tristan Smith who really progressed last year. We’ve got some interesting parts. Just because you have that, nothing’s guaranteed.”

Indeed, there are no guarantees in sports, and because of that, the players are doing everything they can this summer to be as prepared as possible for when a new season begins in November.

“(Summer basketball is) really important,” said Jacobsen, who is coming off a strong sophomore season. “When it gets to the season, we’re going to need that chemistry to win, to keep pushing forward.”

Scott, who was also a key contributor as a sophomore, said the summer will “help us a lot. It’ll help us go further, win a region championship, try to win a state championship.”

While the summer is important for all of the players, its value is perhaps even greater for the players new to the varsity program.

“They’ll get used to it real quick if they keep practicing, coming to the games,” Jacobsen said.

Veal makes sure that everyone on the team gets ample playing time.

It helps that LaGrange usually also has a junior-varsity team playing, which was the case on Monday.

“I want to say we’re playing about 14 kids,” Veal said. “You’ve got the older kids, and the younger kids. They know that somebody’s got to separate somehow.”

There are some days where not everyone is available due to commitment to other sports.

On Monday, a handful of players, including Kobe Jones, were in Atlanta for a seven-on-seven football tournament.

“Really all summer, we’ve tried to give everybody a decent amount of playing time,” Veal said. “We’re missing some for football, but it’s good to see what somebody else can do.”