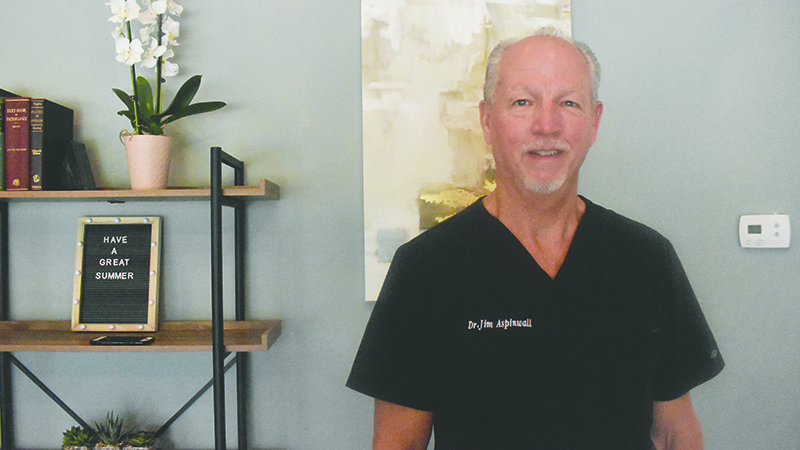 “I think that it is something that’s going to grow rapidly. Two million people a week are starting to use it. It’s not real popular right now in LaGrange, but eventually, it will be, so that’s one reason,”

“The second reason is I just wanted to follow up and demonstrate that we’re being very proactive to try to stay as current as possible. Appointments can be made online, appointments can be made through the app, all your new patient paperwork can be done online.  So, it’s just a follow up to that kind of concept. Just being proactive and trying to be as current as possible.”

To pay his clinic with cryptocurrencies, Aspinwall explained that customers had to have an email address attached to a cryptocurrency coin base account.

“All they do is put that email address in and put the amount in and hit send, and that’s all there is to it,” Aspinwall said.

Aspinwall has one customer, Gabe Velez, who pays him with cryptocurrencies.

One of the reasons Velez uses cryptocurrency is that it’s a faster way to pay.

“It’s just a faster way, nobody in-between. I see it as the future. And I think the more people adopt it, the more traction it’s going to get … It’s just as easy as using a credit card,” Velez said.

Velez sees the clinic’s acceptance of cryptocurrencies as a “first stepping stone” to their catching on elsewhere.

According to Aspinwall, the transaction fee for using cryptocurrencies at his clinic is much cheaper than using a credit card.

Aspinwall also said he plans to accept more cryptocurrencies in the future.