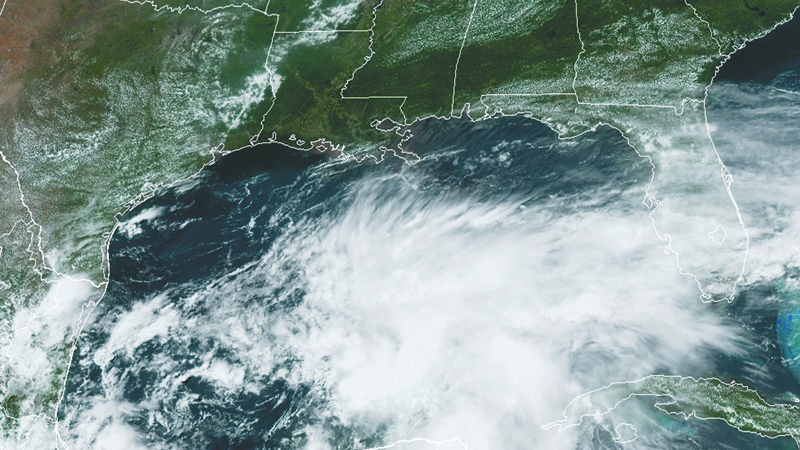 Troup County residents should pay attention to weather forecasts for the next couple of days, as a potential tropical storm is expected to form in the Gulf Coast and bring heavy rainfall to the southeast, according to Ryan Willis, forecaster with the National Weather Service in Peachtree City.

Willis said a tropical disturbance will be moving into the northern portion of the Gulf of Mexico over the next 24 to 48 hours. The National Weather Service’s National Hurricane Center said Thursday that a Tropical Storm Warning has been issued for the Gulf Coast from Intracoastal City, Louisiana to the Alabama/Florida state line. Tropical storm conditions were expected to reach the coast within the warning area on Friday, per NHC.

A projected path of the storm shows its center hitting Alabama between 1 p.m. Saturday and 1 a.m. Sunday, with Georgia impacts from the eastern portion of the storm around that time frame.

The storm has not been named because as of Thursday afternoon it had not strengthened to tropical depression or tropical storm strength, though that was expected.

“As it does so, it’s expected to slowly develop into a tropical depression or tropical storm that’s approaching probably the Louisiana coastline by early Saturday morning,” Willis said.

“As far as impacts for us here locally, the remnants of that system will pretty quickly push northeastward toward our area from late Saturday night, Sunday morning and into the day on Sunday. That’s the way it’s looking right now.”

“A good portion” of northern Georgia may experience two to five inches of rain. This may lead to flooding in certain areas, especially if they’re low-lying.