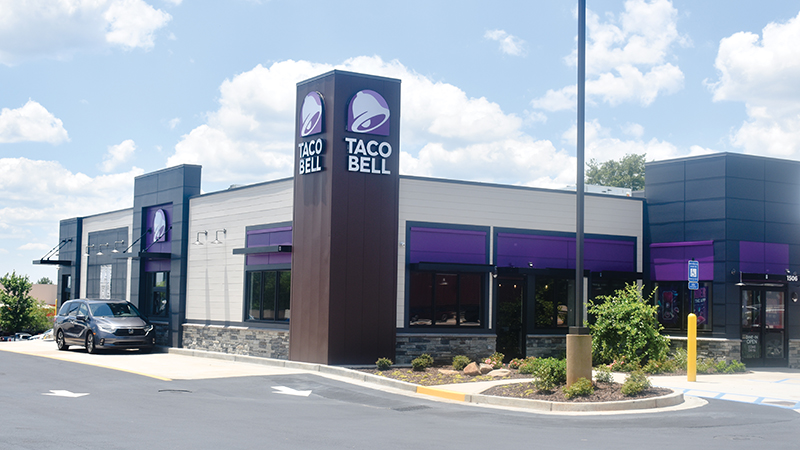 The new Taco Bell restaurant, located at 1506 Lafayette Parkway, opened Tuesday across the street from the LaGrange Mall, directly in front of Home Depot.

The occasion was nearly a decade in the making, according to Mike Bender, Vice President of Newnan-based Taco Bell franchisee Georgia-Texas Enterprises, which has operated the Taco Bell on New Franklin Road since 1996.

“We have literally been looking for a site on Lafayette Parkway for 10 years,” Bender said. “We have tried to make many sites work but nothing seemed quite right or worked out. Ultimately, patience prevailed, and we landed here.”

LaGrange is home to the highest volume restaurant among the more than two dozen Taco Bell and Wendy’s restaurants operated by Georgia-Texas, according to a press release from the organization. The organization does not own the three Wendy’s or any other restaurant in LaGrange but does own one in Newnan, said Joyce Beverley, who wrote the press release on behalf of the company. Beverley said Georgia-Texas Enterprises also owns Wendy’s restaurants in Tifton and Moultrie.

Now with two Taco Bells in LaGrange, the company provides jobs for nearly 100 people in the area. According to the press release, More than 1,000 customers come through the drive-thru every day at the original Taco Bell on New Franklin Road.

“The community clearly supports us, and we are pleased to provide the convenience of a second location in LaGrange,” Bender said. “We love that we’re celebrating our 25th year in the local business community by debuting a state-of-the-art store based on one of Taco Bell’s latest building designs.”

The new restaurant features an intuitive kitchen video system, heavy use of kiosks, digital menu boards, and the addition of a third production line. The company said in the press release that the extended drive-thru stack and the ability to expand to a Y-Lane dual drive-thru in the future should give customers a shorter wait time in the drive-thru lane.

The restaurant will have up to 60 staff members, the release states.