Tigers working hard in the summer 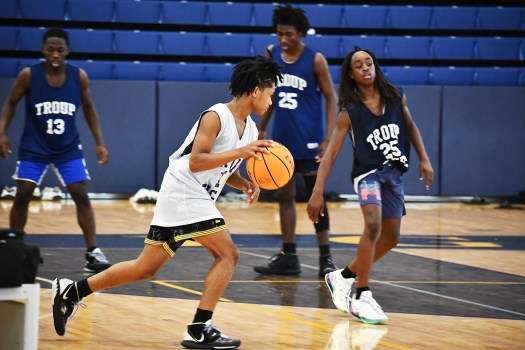 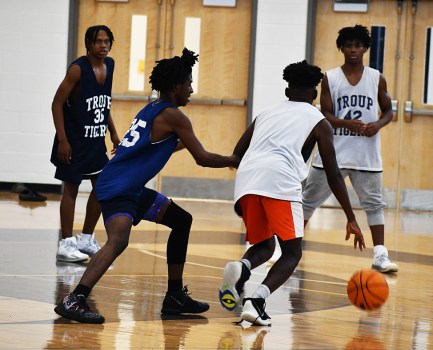 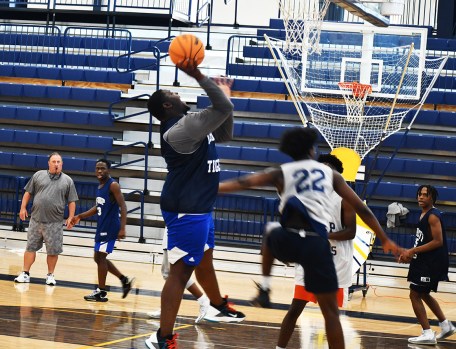 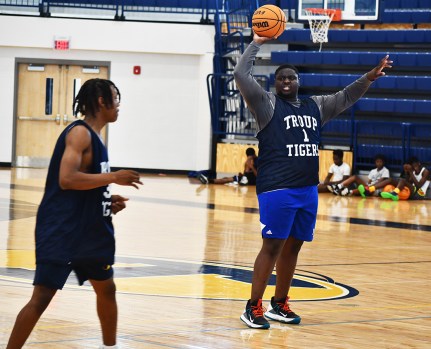 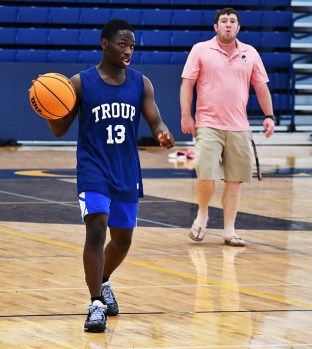 The Troup Tigers were a veteran squad last season, with a handful of talented seniors leading the way.

Those seniors have moved on, and it will be up to the returning players to help the Troup boys’ basketball team enjoy a successful 2021-2022 season.

Among the returnees who head coach Blake Craft is counting on is junior guard Deo’Vion Tucker, who had a breakthrough sophomore season.

Tucker and his teammates are in the midst of a summer program that includes workouts and practices at the school four days a week.

Tucker has been there for each workout, and he believes the time the players spend together now will pay dividends when the season begins in November.

“It’s great. It’s a bonding experience,” Tucker said. “You get closer with everybody. You get to know the team before the season starts.”

Last season, Tucker was a key player on a team with a lot of veterans, including seniors Ricco Person, KJ Tucker, Gabe Stepp and Tre Scott, all of whom will get the chance to play basketball at the next level.

Tucker is eager to take on an increased role after showing what he could do last season.

“I’m looking forward to it, and hopefully doing better than I did last year, and getting my team more involved,” Tucker said.

While it will be a new-look team this season, Tucker believes the Tigers have what it takes to find success.

“We’ve got a lot of different weapons,” Tucker said. “We’ve got shooters, play-makers, rebounders. We’ve got everything.”

Craft, who is back for his fifth season as Troup’s head coach, said Tucker is “going to be a leader.”

“He doesn’t voice it loudly, but he’ll go to them and say the stuff to get them going,” Craft added.

Craft appreciates having someone on the floor who knows what the coaches are looking for.

“A lot of times, he’s thinking the same things I am,” Craft said.

Tucker will be part of a gifted group of backcourt players that also includes sophomore Taeo Todd, who is the starting quarterback on the football team.

Some other men who Craft believes will step up this season are post players Qua Hightower and Tay Shells.

Hightower and Shells and all their teammates will play four games at the GBCA Live Team Camp in Emerson on Friday and Saturday.

The Tigers began their summer workouts earlier this month.

The players are at the school for a little more than two hours starting at 10 a.m., and that includes individual workouts, scrimmages, and lunch is provided.

The idea, Craft said, is to get a lot done, and not keep the players too long.

“We go four days a week, and we get in, get out, and let the kids go and have fun,” Craft said. “We all need a break sometimes.”