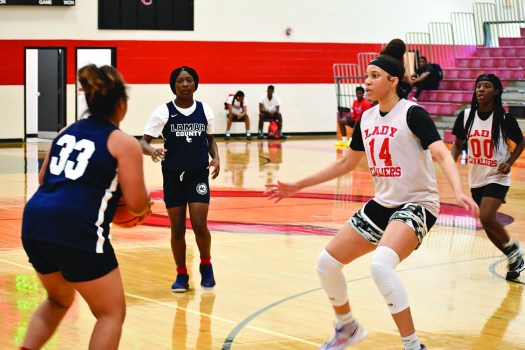 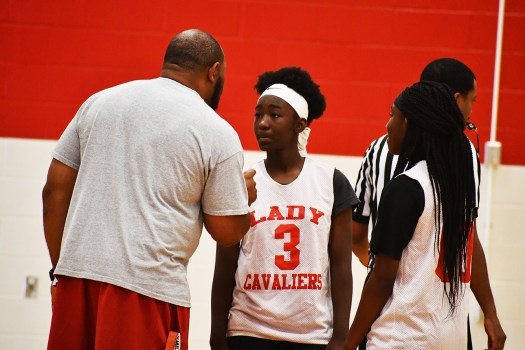 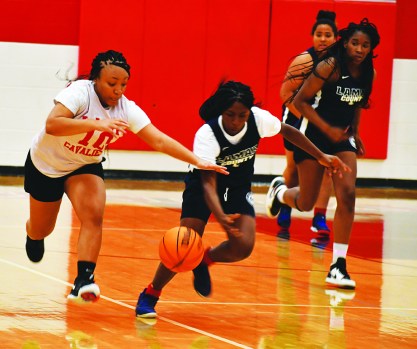 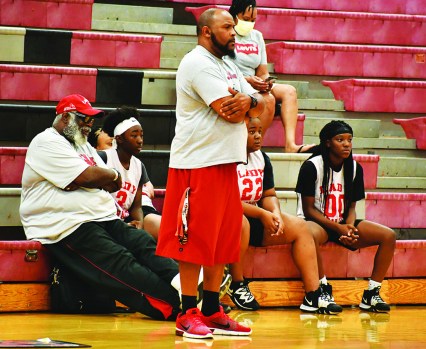 On the heels of the finest season in the history of the program, the Callaway High Lady Cavaliers are looking for more.

Under the leadership of head coach Deyano Martin, Callaway won a region championship and reached the third round of the Class AA state tournament during the 2020-2021 season.

With every key contributor from that team returning, expectations are high, but Martin believes there are possible areas of improvement, and he has been focusing on those areas during summer workouts that began earlier this month.

“We’ve got to get stronger, and we’ve got to turn up the pressure defense,” Martin said. “Offensively, we’ll score. We’ve got to pressure the ball.”

Callaway is in the midst of a busy summer schedule that included games against Lamar County and LaGrange last week at home.

In addition to the games, Martin said the players have “been in the weight room a lot” this summer.

As for the games, Martin said there isn’t a whole lot of coaching going on.

Basically, the idea is to roll the ball onto the court and let the players get after it.

“We haven’t run any offense, any defense. We’re just playing,” Martin said. “I just want to let them be free and play this summer. Of course in the winter we’ll start implementing certain stuff. Right now, it’s all about can you show me what you can do. Show the coaches what you can do.”

After beating Heard County 56-50 to win the Region 5-AA title, Callaway eased past Union County 72-45 in the opening round of the state tournament before handling Chattooga 66-61 in an overtime thriller in the second round.

Niakoe Burks scored with moments left in regulation to tie it, and Callaway dominated the four-minute overtime period to beat Chattooga and win a second state game for the first time.

Callaway’s season came to a close with a 71-46 loss to Washington County in the final eight of the state tournament.

All of the key players from that team will return, including Niakoe Burks, Gabrielle Johnson, Jazmine Thornton, Lacey Thomas and Camryn Stargell.

With that in mind, Martin knows the Lady Cavaliers will always get their opponent’s best shot.

“You’ve got to bring the intensity,” Martin said. “You’ve got to come back and play. If you don’t play, you’ll get beat. We’ve got a target on our back, now. Everybody wants to beat us now.”