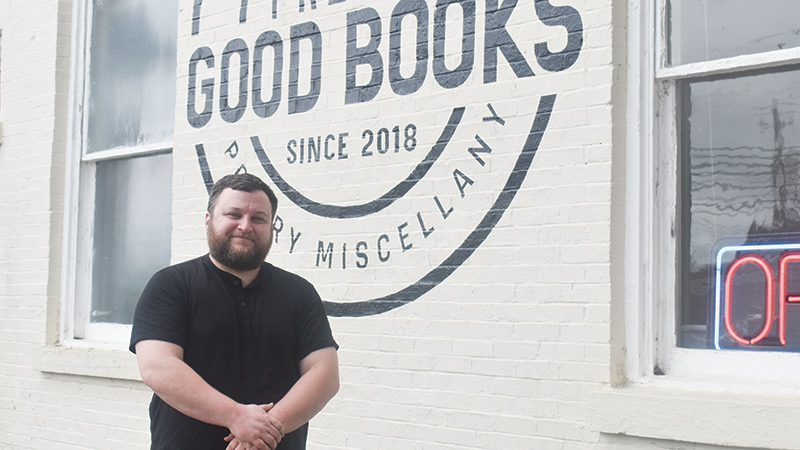 Pretty Good Books, a bookstore that sells new and used books in LaGrange, has settled in its new downtown location.

The bookstore officially opened its doors Friday after moving from its former location on Vernon St. to the former Presbyterian Church at 118 Church St.

“About 75 percent of our visitors were new customers who have never been in our old place,” he said.

The new space is three times the size of the Vernon St. location, Rigsby said. The new space has already allowed him to add additions to his business that he couldn’t have before.

The two-story building has room for spaces such as a children’s area on the second floor and a large sitting area, or a grand salon as Rigsby calls it, at the entrance of the building.

The extra space will allow for Rigsby to offer more genres of books that he didn’t have space for before, plus allow for him to hold author events, book clubs and community groups.

“Authors have already started contacting me to get events started,” Rigsby said.

A major bonus to the new location, on top of having a front row seat for the annual Christmas parade, is that the historic structure is very popular among his customers.

“People have such a mental association with books and a kind of old school interest in vintage things,” Rigsby said.

The Temple-style Greek Revival building was constructed in 1844 as the LaGrange Presbyterian Church, according to information provided by Alexander Hughes, assistant director with the Troup County Archives. It is considered the oldest non-residential building in LaGrange.

During the Civil War, the building was commandeered by the Confederacy to use as a hospital.  Because of LaGrange’s proximity to a railroad, it was designated as a Confederate hospital zone and many buildings, including most churches, were used as such.

Pretty Good Books is opened from 10 a.m. to 6 p.m. every day for the foreseeable future.