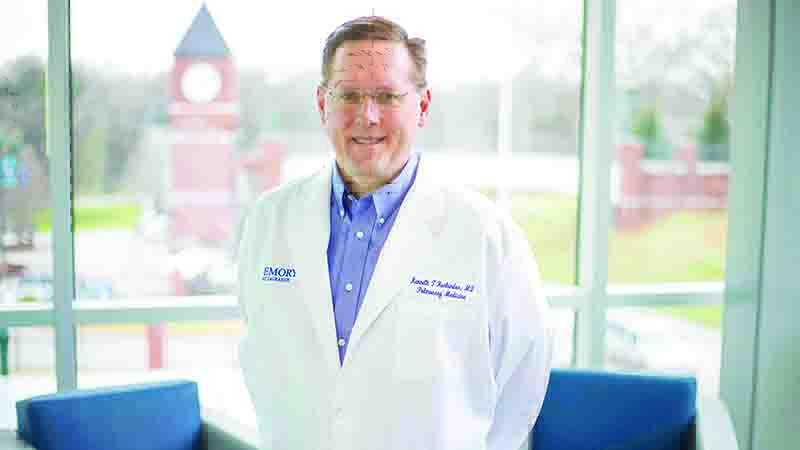 The Delta strain is more transmissible than other strains, according to Dr. Kenneth Horlander.

People should be concerned about a relatively new, more transmissible strain of COVID-19 that originated in India in late 2020, according to pulmonary and critical care doctor Kenneth Horlander, MD, who works at Emory at LaGrange and Wellstar West Georgia in LaGrange.

“[People] should know that the Delta strain is, I believe, 60% more transmissible than the Alpha strain, which is the one they used to call the U.K. strain,” he said.

Horlander said the fact that the Delta strain is more easily transmissible makes it likely it’s also deadlier since more people would get it than other strains.

Horlander said people in the Troup County area are particularly at risk for the Delta strain because many of them aren’t taking proper precautions against getting COVID-19.

“We have a low vaccination rate. And sadly, false news has made people scared of the vaccine. I hear a lot of excuses,” he said. “I talk to people all the time. They’re all over the board for why. But oftentimes, young people just think, ‘Even if I get it, it’s no big deal.’ But they’re transmitting it even before they know they’ve got it.”

While COVID-19 vaccines are protective against the Delta strain, Horlander explained that vaccinated people can still catch it.

He said that a COVID-19 vaccine can help you stay well even if you catch the virus and that the Moderna and Pfizer vaccines are almost 100% effective against protecting people from getting seriously ill. About 5% of people who get these vaccines will get somewhat sick.

Horlander said the Johnson & Johnson vaccine numbers aren’t quite as effective, but the shot is nearly 100% protective against hospitalization.

Horlander has been practicing medicine for 24 years. He graduated from the University of Illinois At Chicago College Of Medicine in 1997.