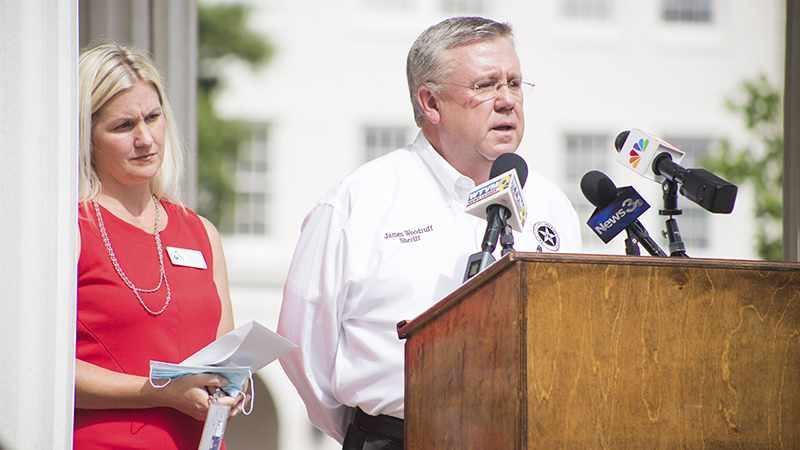 A year ago this week, every inmate at the Troup County Jail was tested for COVID-19 after a spike in inmate cases.

Since then, the Troup County Sheriff’s Office has seen very few cases.

Last year in June, the Troup County Jail was asked to test its entire population, which was in excess of 400 inmates. At that time, 71 inmates tested positive for the virus. The jail quarantined those inmates separately until they no longer had COVID-19.

“If I’m not mistaken, since that initial 71, we’ve only had maybe two positive cases of COVID in our entire jail,” Woodruff said.

Before COVID-19, new inmates who couldn’t make bond would be put in the general population.

“Well, when COVID hit, we couldn’t do that anymore,” Woodruff said. “So what we would do [was if] anybody was brought to jail, when they could not make bond, we’d put them in quarantine for 10 days to monitor them for signs of COVID. If we notice any signs of COVID, we immediately test them and quarantine them even longer if they come back positive. That has helped us cut down dramatically the number of positive cases we’ve had at the jail.”

“They came together, sat down, figured it out, talked with other jails,” he said.

“When COVID hit, everybody was on a learning curve. There was nothing in place because we’d never faced it before. So in talking with other jails and talking amongst ourselves, we decided to implement this quarantine program. It has been very, very, very effective.”

Woodruff said a large group of people — “40, 50, 60, maybe as many as 100” — visited the jail last year when they heard of positive COVID-19 cases and demanded that prisoners be released.

The Troup County Jail managed to get its jail population down to the mid-350s, according to Woodruff.

“Now our population is back up. I think yesterday we were at 548,” he said.