Music in the Vineyard draws crowd for music and fun 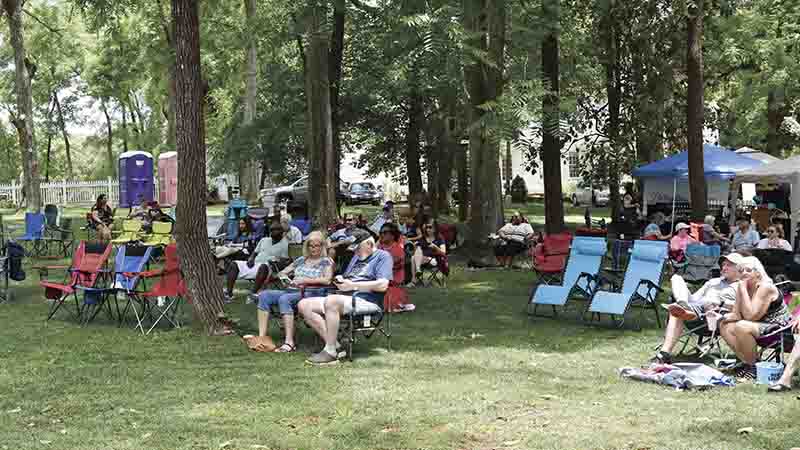 Guests were able to enjoy an outdoor concert under the shade of trees. --Cole Trahan

According to Nutwood Winery co-owner Neil Liechty, his business started holding “Music in the Vineyard” events this year. This one was the third of the year.

“We just decided because of the popularity of it to do it in July, August, and September. So, it will be six Sundays a year … It will be the last Sunday of each month,” Liechty said during a previous interview.

Sponsors for the event were Kia of LaGrange, Mallory Agency, South State Bank, and Rob Upchurch with RE/MAX, according to event co-organizer Amanda Sugermeyer.

According to Nutwood Winery co-owner Trish Liechty, the event ended somewhat early because of rain.

“I thought it was great. It was a lot of fun, it was a beautiful day, [we] had a great time, great vendors, great food,” she said.