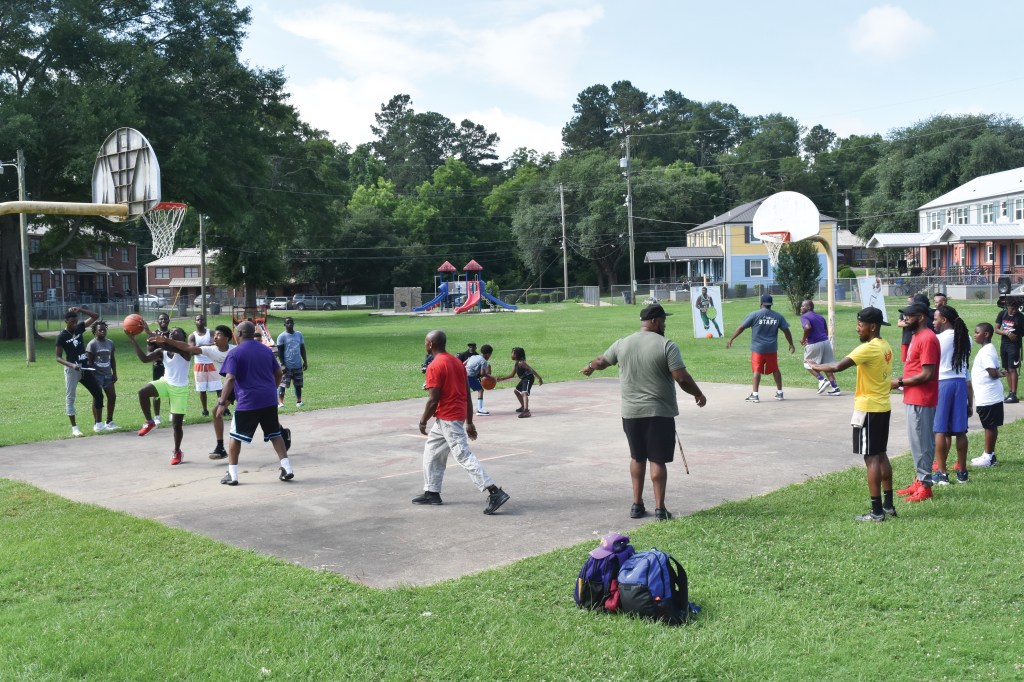 Last Saturday, June 26, fathers and sons gathered for the Father & Son 2 on 2 Basketball Tournament at the Phoenix Way basketball court on Revis Street. All proceeds raised by the event will go to the Boys & Girls Club of West Georgia. The money will be used for afterschool and summer program activities, according to Debra Black, director of finance for the City of LaGrange Housing Authority and West Georgia Star. The event was hosted by West Georgia Star.

According to Omega Psi Phi member Titus Heard, his fraternity has a partnership with the LaGrange Housing Authority. Both the housing authority and his fraternity are required to participate in fatherhood initiatives.

“This is something to bring the fathers out to uplift them, to get them what they need, to help them get better with their sons,” Heard said.

Sons whose dads couldn’t attend the event were able to pair up with Dad Duplicates.

“The Dad Duplicates are members of local fraternities, community service groups, male figures from our staff, and some other male volunteers,” Black said during a previous interview.

According to their website, the Boys & Girls Club of West Georgia aims to help young people reach their full potential as “responsible, caring, productive citizens.” It has sites in Troup and Chambers County and serves over 1,000 youth annually.

“It was run separately in LaGrange as of March 2021. LaGrange Housing Authority and West Georgia Star took over management of the Boys & Girls Club. So, it is a local agency. It’s been around and supported by United Way and the Georgia Alliance. They support it with funding, as well,” she said.