After virtual year, Sweet Land of Liberty parade back to normal in 2021 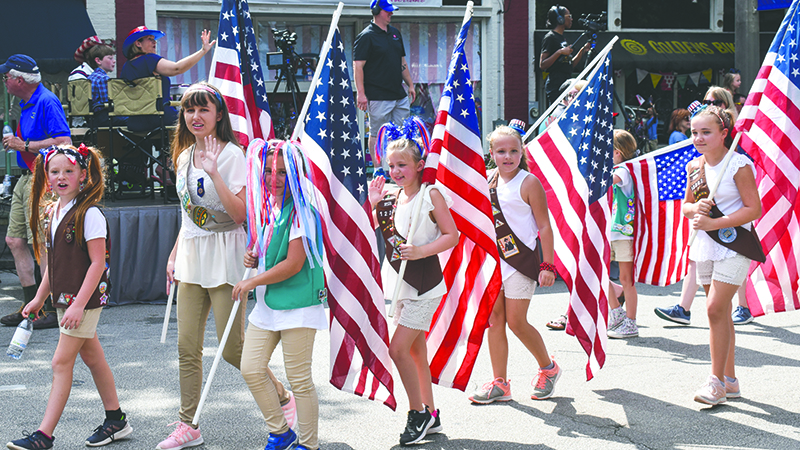 The 37th annual Sweet Land of Liberty Parade will be held Saturday in downtown LaGrange.

The annual children’s parade is sponsored and staged by the Junior Service League of LaGrange and consists predominantly of children 19 years and younger, with the exception of the adults who chaperone the parade.

Last year’s parade was held virtually due to the COVID-19 pandemic but returns to normal this year.

“We’re all really excited to have it in person again, especially to carry on the legacy of it and focusing on honoring the students who have done so well,” said Allison McClendon Leslie, the chairperson for the Sweet Land of Liberty parade.

“We chose Nicole and Gail as this year’s grand marshals because we wanted to recognize their many contributions to our community, specially education and reading initiatives,” Leslie said.

“We are happy to honor such wonderful leaders in our community.”

The parade was founded in 1985 by the late Annette Boyd, a JSL member, according to a press release from the city of LaGrange. She was fiercely patriotic and affectionately known as the “Parade Lady,” the release states.

LGTV will air the 2021 Sweet Land of Liberty Parade starting just before 10 a.m. live on its Facebook page www.facebook.com/LGTV.org.