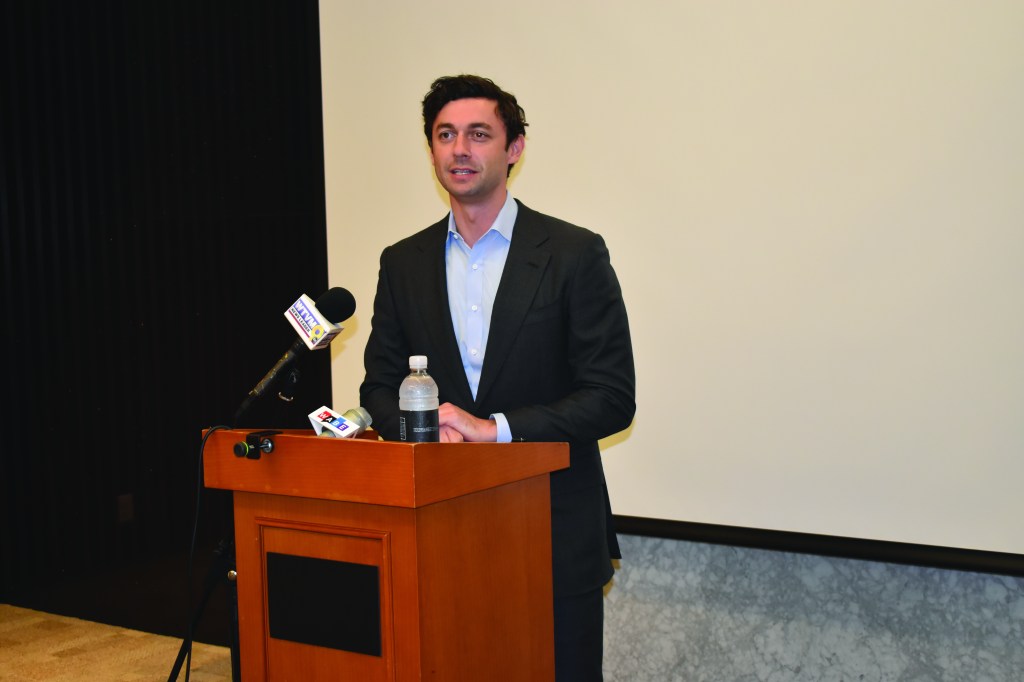 On Wednesday, U.S. Sen. Jon Ossoff visited the Kia Georgia plant in West Point to discuss the U.S. Innovation and Competition Act with members of the press.

According to Ossoff, a semiconductor shortage that has plagued the American auto industry over the past year was made worse by supply chain disruptions and the pandemic.

“Sen. [Raphael] Warnock and I have been pushing aggressively in the Senate for expedited passage of legislation that will boost American production of semiconductors, these chips that are used in auto manufacturing and in electronics production, in so many different applications” Ossoff said.

Ossoff brought up the plant shutting down for two days in May due to concerns over the shortage.

He said the Senate passed the legislation, which includes $52 billion to support semiconductor manufacturing in the U.S.

“We will be working diligently to see that that bill is signed into law so that this facility and producers across the state of Georgia have the chips that they need to produce the products that create jobs and build wealth for the people of the state,” he said.

Ossoff said that the continued success of the plant is vital “to sustain and create thousands of jobs in West Georgia.”

“In order for this plant to continue to grow, the United States needs a reliable supply of semiconductors,” he said. “So the $52 billion allocated in our legislation to boost American semiconductor manufacturing should help this facility sustain and create thousands of jobs in coming years.”

“So it’s in our national security interest, in Georgia’s economic interest that we move swiftly, as we have, to secure a domestic supply,” he said.

Ossoff said that if the bill was signed into law, it would accomplish its goals gradually.

“It’s going to take a period of time to scale up that production,” he said. “And that’s just one piece of the broader policy response to this shortage of semiconductors which was worsened by the pandemic. The White House right now has launched a supply chains task force to work on ending the bottlenecks in semiconductor supply and many other critical products and components.”