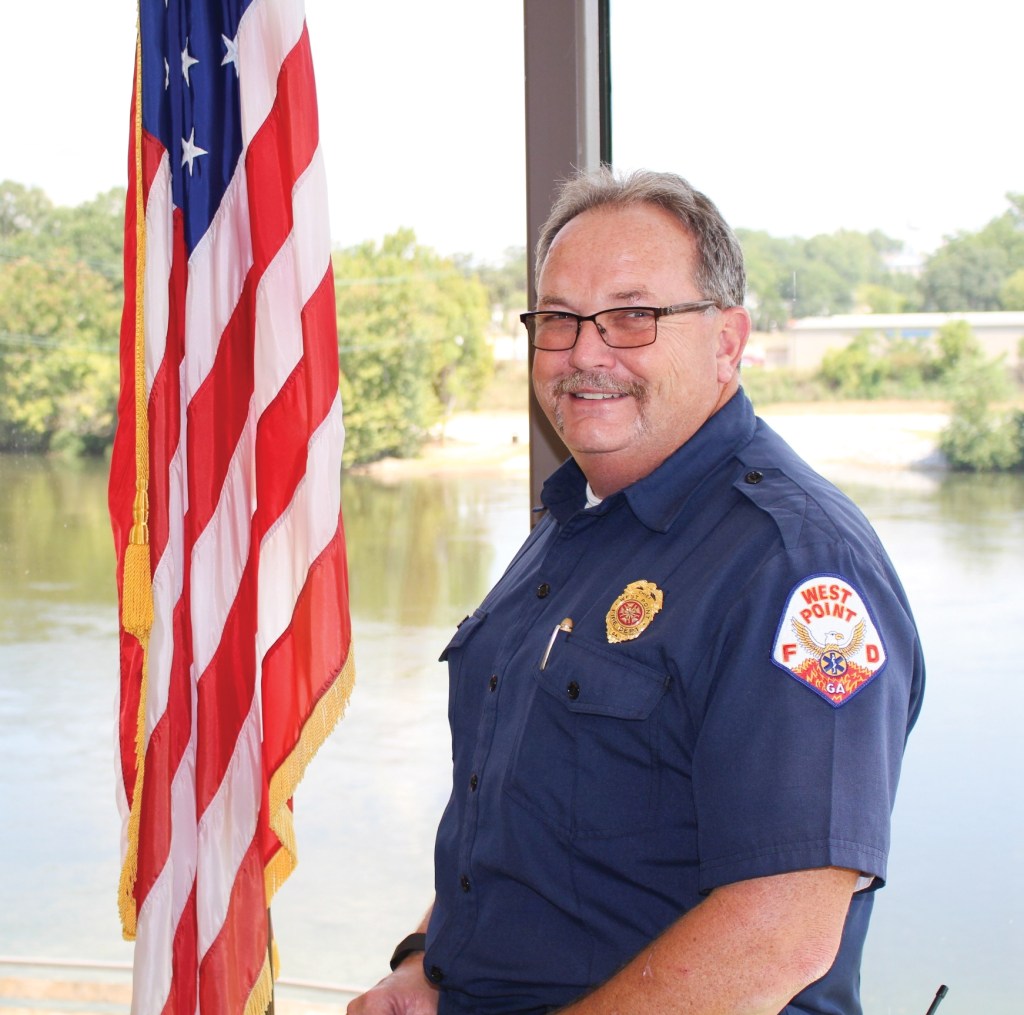 Since 2005, Milton Smith has served the city of West Point as its Fire Chief and head of its EMS services.

After 16 years as the city’s chief, Smith announced he will retire.

“My wife and I talked about it. We felt that with my total time in the fire service getting close to 40 years, that’s including volunteer and paid, with just over 34 years at West Point,” Smith said. “We just felt like it was a good time for us as a family to consider what’s next. There’s nothing wrong, we just figured it was just time to peep outside the next window and see what’s there.”

Overall, Smith has worked in West Point for a little more than 34 years, earning the opportunity to become the city’s Fire Chief in August of 2005.

“When I first came to West Point a little over 34 years ago now, I had an opportunity to go from one fire department to another, but the opportunity also gave me chances for additional training, schooling and even the opportunity for promotion,” Smith said.

Smith began his fire career as a volunteer firefighter in his hometown of Pine Mountain.

He became a full-time firefighter when he joined the Troup County Fire Department in the mid-1980s, where he served for a little more than two and a half years.

The move from Troup County to West Point provided Smith the opportunity to help more people, as he took classes and training to become a paramedic as well as a firefighter.

“Coming to West Point, knowing that it was a fire department that also did EMS, it gave me the opportunity to advance myself with EMS training to become a paramedic as well,” Smith said.

“As an entire department, I think we have a well-tuned entire team, being the elected officials and the management in city hall and the team at the fire department has been really good. I’m blessed to be a member of this team. I think we as a team have done some really neat things together to continue the legacy of West Point and what was established well before me, both fire and EMS.”

When he came to West point in 1987, Smith didn’t think it would be his final stop as a firefighter. Through opportunities to become a paramedic and move up in his career, even though he never thought he would become a fire chief, Smith found his home.

“It’s hard to convey to young people now that you weren’t born at 58 years of age, that you had to do so many things that they had to do, baptism by fire if you will,” Smith said. “I never had the thought process when I first came to West Point of retiring. We started talking to our young people now about retirement and benefits upfront. I never thought that when I retired in West Point that I would be the fire chief. I tell people ‘for the love of the game, I’m a firefighter parametric. By promotion and some type of ignorance, I’m a fire chief.’ The ignorance could be twofold, they were ignorant enough to offer me the position and I was ignorant enough to accept.

In his time as fire chief, Smith has made sure to build a relationship with the community.

Whether it is responding to calls, visiting the elderly at the community center or talking to various groups of kids or adults, the West Point Fire Department has been involved in the community.

During the COVID-19 pandemic, the fire department was giving out masks, helping donations run smoothly and continued to provide support whenever needed.