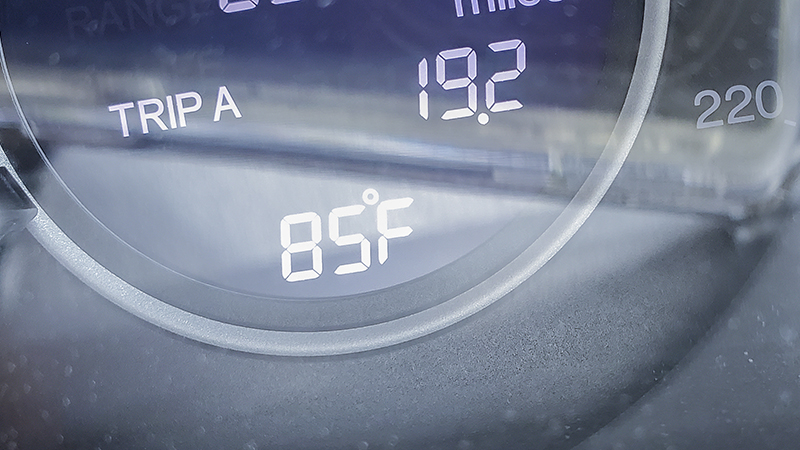 Temperatures are expected to stay in the high 80s during the next week, but the temperature is still hot enough to endanger anyone, especially if they are enclosed in a hot car, even if the window is cracked.

Dogs and cats are particularly more susceptible to heatstroke quicker than humans due to having no sweat glands, so they can only cool themselves by panting and by releasing heat through their paws.

In small spaces, even if the space is cool, animals can still heat up a lot quicker. Cats and dogs have an average body temperature of 101 to 102 degrees compared to humans normal temperature of 98.6, causing animals to become hotter in most scenarios, according to Marcus Webster, a veterinarian medical officer with the Georgia Department of Agriculture.

When left in a hot space too long, an animal’s risk of having heat exhaustion or heat stroke rises quickly, especially if the animal is stressed, Webster said.

“You can basically see it in the same way you see it in people,” Webster said.

“It can lead to excessive panting, excess hypermobility, which can also increase the body temperature and becoming weak and disoriented.”

Chris Bussey, Animal Services Supervisor with the Troup County Animal Shelter, said that animal control has already received five calls on animals being locked in their owner’s car this year alone. In most cases, animal control has had to call the fire department to break into the car and rescue the animal, Bussey said.

In all cases, the car was turned off and the windows were cracked, Bussey said.

“The animals are always very happy to see us,” he said. “Once we get the animal out, we give it water whether from our firetrucks or we’ll have water in one of our trucks.

Long-term effects of heat exhaustion in animals can include blood disorders, including Disseminated Intravascular Coagulation, a spread of coagulated abnormalities in the blood that can lead to blood clots under the skin, Webster said.

“It’s extremely life-threatening because when the brain gets to a certain temperature, 105 degrees is usually the danger mark, it can be really hard to get that animal back to a quality of life,” Webster said.

The temperature inside a vehicle can rise almost 20º F in just 10 minutes, and almost 30º F in 20 minutes, according to information from the North Georgia Health District.

Webster ultimately suggests keeping plenty of water on hand when traveling with one’s pet and to stop as frequently as possible to make sure the pet gets plenty of movement. Webster also recommends a sort of “buddy system” where one person stays in a car with the pet when another person leaves.

“You should also be monitoring yourself,” Webster said. “We tend to think that animals have a higher tolerance, but they live in the same environment as we do … so if you’re feeling hot they likely are too.”