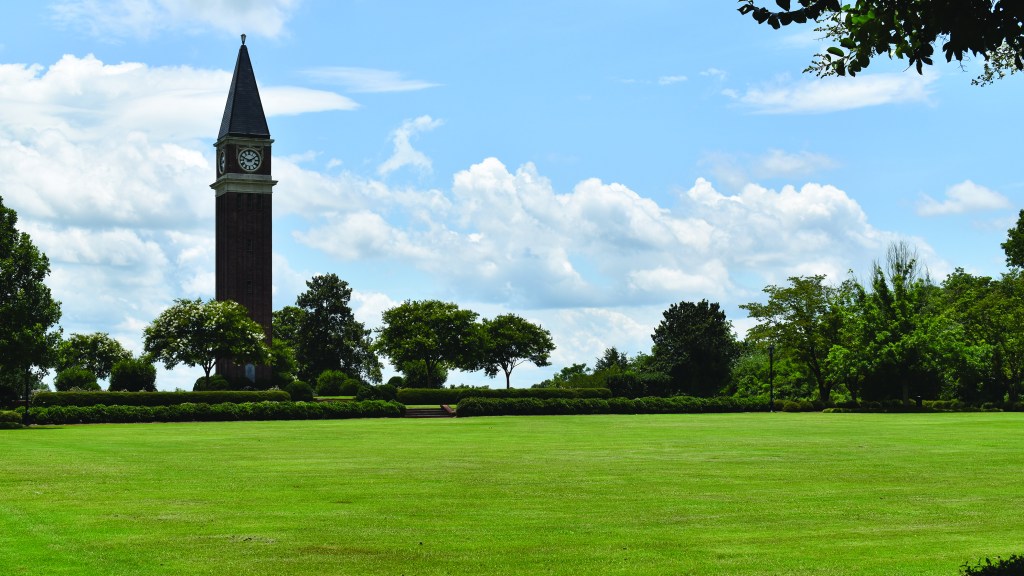 The Troup County Historical Society will host an outdoor movie event on Friday, Aug. 6 at the Callaway Memorial Tower on Cypress Street in LaGrange to benefit Legacy Museum on Main, according to a Legacy Museum on Main press release. The movie will be Alfred Hitchcock’s “North by Northwest.” Guests are encouraged to bring picnic blankets and low-backed chairs. They may begin checking in and arranging their chairs and blankets at 7:30 p.m. The movie will begin at sunset, around 8:30 p.m.

Tickets for children and adults can be purchased in advance at the Legacy Museum on Main or by calling (706) 884-1828, according to Shannon Johnson, executive director of the Troup County Historical Society.

Individual adult tickets, which include meals, soft drinks, and water, cost $45 each. A ticket to the open beer and wine bar costs an additional $15. ‘

Kids’ tickets, which come with boxed meals and goodies, cost $30 each. Meals will be made by Jamie Keating and the EPIC team. They will be available at 8 p.m. on the day of the event.

At the event will be a balloon artist, popcorn, other concession items, and glow-in-the-dark knickknacks.

Extra parking will be available at City Lights Church. Golf carts from The Fields Golf Club will shuttle visitors up the hill.

“North by Northwest” is a classic 1959 thriller starring Cary Grant, Eva Marie Saint, and James Mason. In the movie, an innocent man is mistaken for a government agent and pursued by a spy, according to Rotten Tomatoes. The film highlights Cold War worries, according to the Legacy Museum on Main press release.

Sponsorship opportunities include advertising, premium seating, and up to 8 VIP tickets (which give visitors access to the open beer and wine bar). For these tickets, call (706) 884-1828.

All proceeds from the event will benefit the exhibits and programming of Legacy Museum on Main. The museum depends on funds from this event to remain open and free, Johnson said.

According to Johnson, this event will be the first of its kind for the Historical Society and museum.

“The Historical Society in the past has done, for lack of a better word, a gala event at Del’avant. They’ve been themed either around historical characters— we’ve done one on Lafayette, we’ve done one on Horace King — that sort of thing — or around a historical era,” she said. “We did a big 1920s gala, and the next year, we did a 1930s gala. We weren’t able to do one last year, and we were kind of worried about doing one this year with the [COVID-19] variant and all that. So rather than put 250 people into a small space in Del’avant, we tried to figure out something to do outdoors.”

Johnson said she hopes the event will be successful enough to do every year.