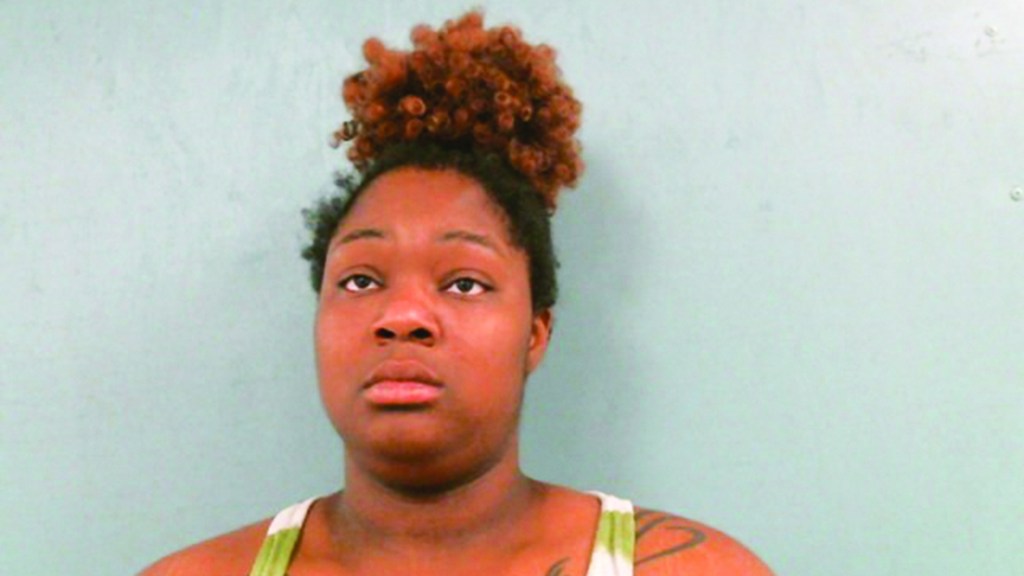 The LaGrange Police Department arrested a woman for aggravated assault and false imprisonment charges following a confrontation with another woman, according to a press release by LPD.

LPD responded to the 700 block of South Greenwood Avenue to meet with the adult victim in the incident, on Tuesday, July 13. According to the LPD, it was determined that between the intersections of Callaway Avenue at Poplar Street and Murphy Avenue at Dallis Street, Corley allegedly used a 2005 Ford Fusion to strike the victim’s vehicle multiple times while it was occupied by her and her 2-year-old child, according to the release.

Both the victim and Corley share the same father of their children, said Detective Rebecca Noles with the LPD. Corley allegedly used her vehicle to block the victim’s escape, leaving visible injuries and puncturing the tires of her vehicle with a box cutter. Corley also committed the acts of aggravated assault and false imprisonment while holding the victim’s 1 to 2 month old infant, placing the infant’s well-being in jeopardy, according to the press release. The adult victim received minor injuries following the confrontation but did not have to be hospitalized, Noles said.

Corley was arrested on Murphy Avenue.

At the time of the arrest, Corley was on misdemeanor probation for two counts of affray, or fighting in a public place, according to the release. Anyone with information about this incident is asked to contact the LaGrange Police Department at (706) 883-2603 or Troup County Crime Stoppers at (706) 812-1000.