City employee honored for over 40 years of service 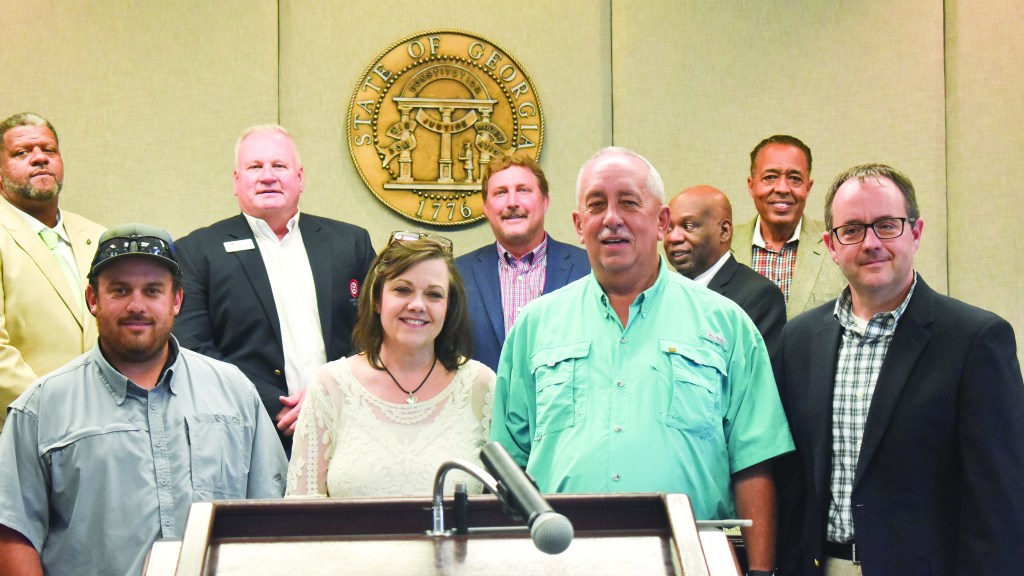 City of LaGrange employee Jimmy Rhodes was honored for 40 years of service to the city Thursday night.

City employee Jimmy Rhodes has worked for the city of LaGrange for 40 years and earned a standing ovation from city leaders for his service.

Rhodes was honored for his work at the LaGrange City Council meeting on Thursday and received a pin of recognition from Mayor Jim Thornton.

“I appreciate it, and I do what I can,” Rhodes said.

Rhodes started to work for the city’s gas department 45 years ago, Thornton said. He took a break in 1976 to finish his education at West Georgia College before returning to the city where he has served the public in various capacities for 40 years.

“Anyone who knows Jimmy is well aware of his passion for serving the customer and getting the job done no matter what it takes,” Thornton said.

Rhodes has been involved in several initiatives throughout the city, Thornton said.

He was active in the rollout of the World Gate Internet project in which the city was awarded intelligent community of the year in 2000.

He also helped launch and market a new commercial sanitation business, created a citywide boring crew that has saved the city millions of dollars in contractor expenses.

“Jimmy never worries about departmental boundaries,” Thornton said. “He is always willing to assist any employee in any area of the city. It’s not unusual to see him out late after a storm to see him helping electrical crews.”