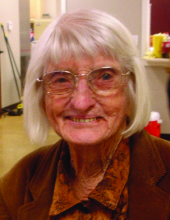 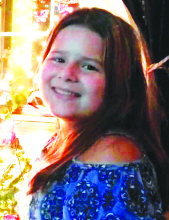 At the Hogansville City Council meeting on Monday, the council voted to name two parks after late Hogansville community members. The triangular piece of land at Lawrence Street and White Avenue will be named after Moiraine Zuniga, an 11-year-old victim of bullying and suicide who died in January. It will be given a pollinator garden to show support for Zuniga, her family, and all bullying victims. The park on Green Avenue will be named after Frances Robinson, a well-known community member. According to her obituary, Robinson died at the age of 99 in 2018.

Shoppes on Main owner Allison Creel responded to Zuniga’s passing by deciding to sell “be kind” t-shirts to raise money for the park in her honor.

“Mandy messaged me, and her exact words were, ‘We have to do something,’” Creel said. “So, I dropped everything I was doing. It was a Saturday morning. I said, ‘Let’s design something.’ So, we came up with the “be kind” shirts, put them on social media, and immediately, we started getting orders. We had orders that I had to ship off; they weren’t even from Hogansville. They just wanted to support this.”

Neese said Zuniga was one of her son’s classmates and that her death caused severe trauma to her mother.

Neese said she was handling the construction side of the project.

“We have the people to make it happen.”

Creel said Zuniga’s grandmother came into her store looking for a shirt.

“She didn’t tell me who she was at first. And then she got up to the register,” she said. “I’m a grandmother. I can’t imagine what she’s feeling. But she came up to the counter, and she told me who she was. And she started tearing up, and I said, ‘I just want to hug you.’ And she said, ‘Please.’ And I hugged her. And she started telling me all these stories about this little girl. I never met her, but I don’t have to. She touched everybody.”

Zuniga’s obituary on Tribute Archive says she was a student at Callaway Middle School. Friends and family members remember her as being “wise, understanding, caring, fearless, funny, and having a big heart,” as well as being a budding artist.

Creel said several people have given her donations in lieu of buying shirts.

Shirts can be ordered through Shoppes on Main in downtown Hogansville, either by going there in person or messaging the shop on Facebook.

Hogansville City Manager Jonathan Lynn said Creel and Neese would set up the park “fairly independently” of the city but that the city council would support them any way they could.

“She was a significant character within our community that loved everybody unconditionally,” Striblin said. “She taught so many kids here in Hogansville how to swim. … Not only that, she was a veteran of the Army, and she played on the women’s Army basketball team.”

Striblin also said Robinson was one of the first women to join the local Optimist Club and was a reporter for The Hogansville Hometown News.

“I have very fond memories of her,” Striblin said. “A kind lady, always energetic, even up to her older days. She’s a person that you would aspire to be like. Nothing was ever too hard for her. She always went out of her way for people.”

Striblin said the park being named after Robinson is a few houses down from where she lived.

Since the park already exists, Lynn said the only cost to the city for renaming it would be signage.

In other action at the meeting, the city council also approved a quote from TSW, based in Atlanta, to renovate Hogansville’s amphitheater.

The city had received two quotes for the project — one from Goodwyn Mills Cawood for $58,500 and one from TSW for $17,640. While these rates excluded hourly rates of principal architects and landscape architects, Lynn said TSW had the lowest hourly rates.

“The amphitheater renovation is comprised of the project scope and development and surveying and content planning services,” Lynn said.

He said TSW’s plan included a public meeting, which does not have a date, for getting input from citizens.

“We will get with the selected firm following this meeting, get that scheduled as soon as possible, and give as much public notice, advertisement of that meeting that we possible can,” he said.

In response to someone’s question, Lynn said TSW would base their concept planning and design on input received from the city and public.

“This project will be wholly funded as allocated in our current SPLOST in the amount of $300,000,” Lynn said.

Lynn said the city is trying to find a survey that may have already been completed for the amphitheater.

At a previous city council meeting, Lynn said the city planned to do landscaping around the amphitheater and give it a new bandshell “at minimum.”