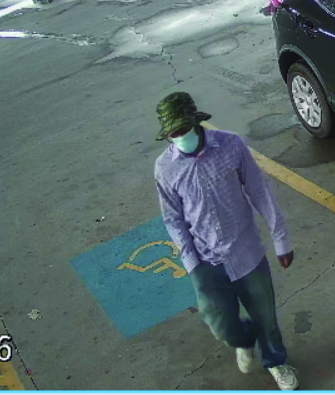 The Troup County Sheriff’s Office is looking for a suspect in connection to an armed robbery that occurred last Wednesday, July 21.

On July 21 at 7:36 p.m., deputies with the Troup County Sheriff’s Office were dispatched to a Shell Gas Station at 4630 Hamilton Road in reference to an armed robbery which had just occurred, according to a press release from TCSO.

Once on scene, deputies spoke with the store clerk who stated that a black male entered the store and pointed a black handgun at her and demanded money, per the release. The clerk backed away from the counter as the suspect took money from the store register and ran from the store.

The suspect was described as a black male wearing a camouflage “boonie” style hat, a long sleeve pink and white button up shirt, blue jeans and white shoes, along with a common facemask. A white or silver four door car was seen in the area prior to the robbery and is possibly connected to the incident.