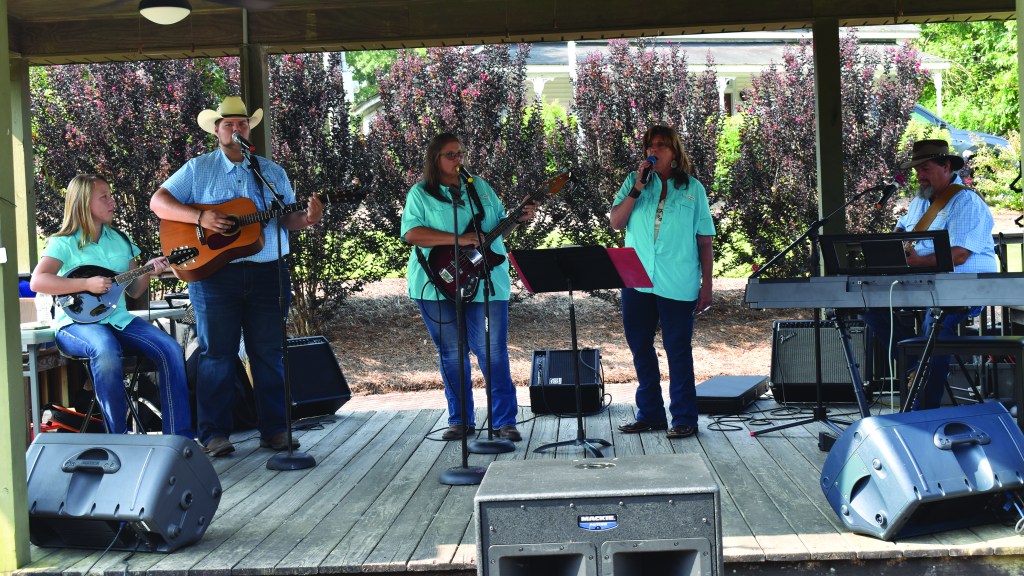 Visitors listened to various gospel music groups and shopped at the neighboring outdoor vendor market.The event was originally planned to feature music from One Accord, Back Porch Pickers, Grace Abounds, Kingdom Express, All For Him and Sanders Family.

“One [music] group didn’t make it because a member’s brother died, and they had to attend the funeral,” Striblin said. “But the other groups stepped up and filled the entire time. The vendors were so happy they came. They got rid of a lot of their stuff and made some money.”

A particularly interesting vendor booth, The Lemon-Grenade Brothers, was a lemonade stand run by two boys and their mother.

Jessica Brown-Scott, mother of Ryker Brown and Vladimir Scott and owner of J Leatherwood Trading, said the stand was her sons’ idea.

This event was organized by Striblin and Chris Studdard, the music director at Creekside Baptist Church in LaGrange. Striblin organized the market whereas Studdard organized the singers, according to Striblin.  The Freedom Gospel Festival was sponsored by Roger’s Bar-B-Que on 1863 East Main Street, Hogansville, who sold food at the event.

Striblin said the event is planned to happen again next year and that future Freedom Festivals may feature different music genres such as jazz, country, or rock.