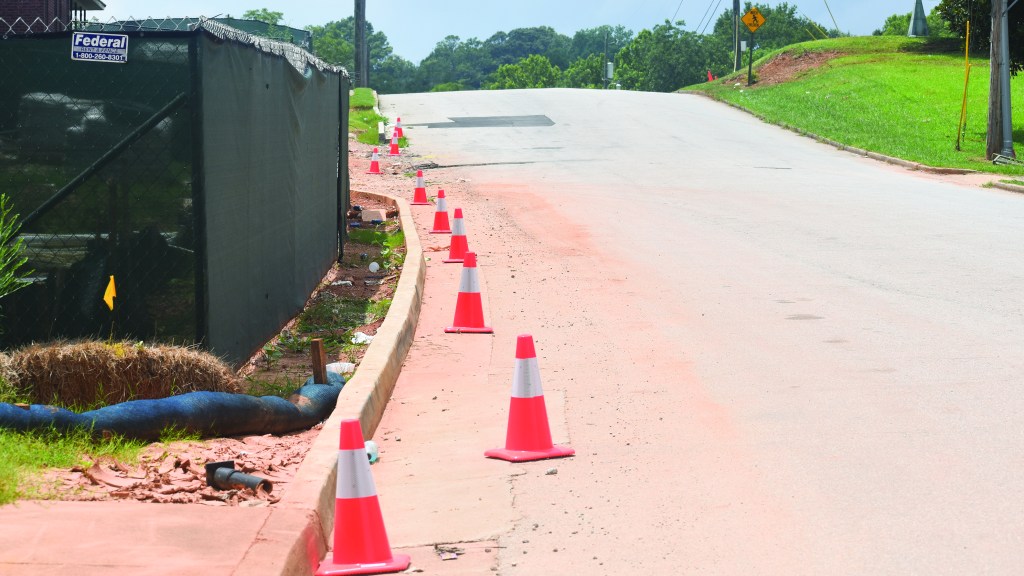 A major topic at the city council’s Tuesday work session involved the lack of sidewalk on Handley Street. Construction has been going on in the area for roughly three years for the Phoenix Crossing project.

The LaGrange City Council voiced probable solutions to the sidewalk issue that has been affecting the Handley Street neighborhood since construction started on the Phoenix Crossing housing project.

Councilmember Nathan Gaskin originally brought the issue up at the July 15 council meeting after the council discussed a $50,000 request from the LaGrange Housing Authority to help fund sidewalk construction in the Phoenix’s Crossing development, located off of Ragland Street.

Ragland Street and Handley Street are connected by Colquitt Street and a section of Hamilton Road.

During the July 15 work session, City Manager Meg Kelsey said the Handley Street sidewalks would be fixed by September when the new apartments were completed per the housing authority’s plan.

She added then that she would speak to contractors who are working on the Linear Park project in connection with the Phoenix’s Crossing project if they could possibly assist with the sidewalk issue.

Tuesday at the council’s work session, Kelsey said the housing authority had coned off about five feet along the construction area for residents to walk on Friday afternoon as a temporary solution.

She said they originally tried to put up barricades around the area but said that they were missing and a police report was filed Monday.

“We will have the linear park from Handley Street to the new development, so there will be sidewalks there,” Kelsey said.

“What we’d like to do is build every section like what we’re building next to the housing units down that road. I’ve asked them to go ahead and do a preliminary analysis and look and see when that next phase can start.”

Gaskin responded that the cones “were not sufficient” and pointed out that Handley Street was “a blind hill” and that incoming traffic may not be able to see walking residents.

“The project has encroached on the street,” Gaskin said.

“[The developers] are actually chipping away at parts of the street, so if [residents] tried to walk where the cones are now, there are holes all in the street.”

Gaskin further emphasized that with schools reopening in August, residents could be put in further jeopardy with the additional school traffic.

“I was talking to a police officer and they said that [Handley Street] was definaly one of the most dangerous spots,” Gaskin said. “Now no one’s been hit yet, but do you thing that pedestrian traffic is going to increase when school starts or decrease?”

Council member W.T. Edmondson said he had recently visited the area and agreed with Gaskin’s concerns.

“I rode by the area just to see for myself and [residents] are having to walk in the street,” Edmondson said.

Kelsey said that she has “pushed” with the housing authority and will continue to do so.

Gaskin suggested a stop-work order on the Phoenix Crossing project until the sidewalk situation is resolved.

Major Jim Thornton said that a stop-work order was not something council had authority to do unless there was a violation of building code, which to his knowledge there wasn’t one.

However, Thornton did say there was a potential violation of right-of-way due to the encroachment of the sidewalk.

“It’s not enough to stop the whole project but to have them remove the encroachment…of course we’ll have to tread carefully on that,” Thornton said.

“We’ll definitely ask the staff to continue to reinforce the need for a solution [as soon as possible].”