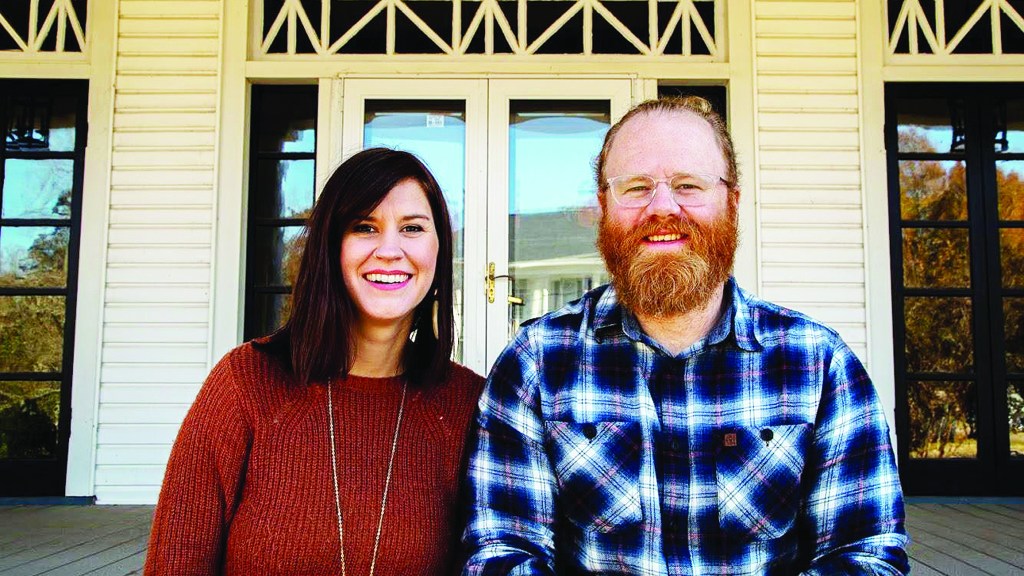 Maggie Turner, left, will be running with Rebecca Hilley to raise awareness of human trafficking. Rick Turner, right, owns coffee shop Rejoice City Coffee which will donate 10% of its profits to Illuminate Justice this school year.

On Saturday, July 31, starting by 8:30 a.m., two women will run 14 kilometers on the Pine Mountain Trail to raise awareness of human trafficking.

Turner estimated that the run will cover 8.6 miles and take two and a half hours.  The run will begin and end at the F.D. Roosevelt State Park Visitor’s Center.

Turner said her organization was created around February of last year. It now has about 12 members.

The organization’s prevention efforts are geared toward youth in middle school and high school.

“Our prevention education program focuses on youth in foster care because traffickers see them as easy targets,” she said.

“They know these youth have already experienced abuse and neglect at home. They know they’ve probably been exposed to dysfunctional and violent relationships. They know that the transient nature of foster care separates these children from friends and other important relationships and often puts them in homes where they don’t feel really loved or wanted. Traffickers prey on these kids, often pretending to be a romantic partner, friend, or mentor because they know their vulnerabilities and how to exploit them.”

Turner said she used to work with trafficking survivors in South Carolina.

“After spending years working with survivors, I just felt compelled to do more to prevent such violent exploitation from happening in the first place. One of the women I served in South Carolina hadn’t even started kindergarten yet when she was sold for sex the first time. That’s not okay, and I believe we can change the story for so many through prevention efforts.”

Turner said that the run is 14 kilometers long to represent the average age of entry into trafficking in Georgia.

“It’s happening everywhere. And one of the best ways that we can fight this is to equip youth to know what trafficking looks like and to help them build up their refusal skills and their internet safety skills.”

She said that instances of sex trafficking are easier to find because selling sex is illegal, causing law enforcement to uncover more cases. Turner’s husband, Rick Turner, runs an online coffee store with a local delivery option called Rejoice City Coffee, which will donate 10% of its profits to Illuminate Justice this school year.

“Rejoice City Coffee is a way for everyone locally to join efforts to protect kids,” Rick said.  “Not everyone can start a ministry or a 501c3, but most everyone wants to drink a cup of coffee in the morning. This is just my way of helping our community fight the bad guys and be a hero to those kids who need us most.”

Rick is also a board member for Illuminate Justice.