County remembers English, who served on Troup Commission for more than 40 years 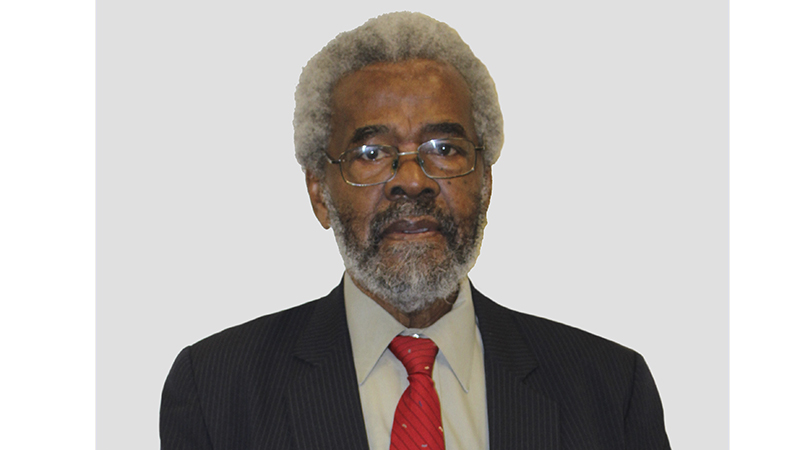 Longtime Troup County Commissioner Richard English has died, according to a statement made by Commission Chairman Patrick Crews at Tuesday’s commission meeting.

English had served the county as a commissioner for District 5 for 43 years  and was the longest-serving commissioner in the state of Georgia, according to Crews. He’s also the only Black commissioner in Troup County history.

He was serving his 11th term as vice chairman.

“Richard had his own very strong opinions about things, but he understood that it was a committee,” Crews said. “He would always let us know how he felt, and he would vote his conviction, but he also realized what it was like to work with a group of people. He was a very good commissioner.”

English had served on the board longer than the rest of the Troup County Commission combined. Commissioners said his experience was an asset when they had to make tough decisions.

“It was an honor to work with him. I sat beside him for almost five years,” said Commissioner Lewis Davis. “I enjoyed listening to his take on a situation and his years of experience. It was invaluable. I thought a lot of him.”

Davis said English took office the day after his dad, Lewis Davis Sr., ended his term on the commission.

“Richard started the day after my father went out of office, and that’s always had a special part in my life, and he’s known that,” Davis said.

“I’ve known him ever since I was little, and he was an asset to this community. He will be greatly missed.”

“Richard was a good mentor, and he helped me a lot to understand that the county government is different from a business standpoint,” Jones said. “He taught me how to separate those two identities.”

Commissioners also spoke on the history English made as the first and only Black commissioner in Troup County to this point.

Crews said he believes English blazed a trail for others to follow.

“I hope Richard’s service on this board has set a good example because of the longevity that he served on the board,” Crews said.

“He learned how to work with people, but yet represent the community he serves. I hope, and I believe there will be interest among the African American community and his district for candidates to come forward, and I hope they can look at Richard as an example of someone who served for a long time, yet worked with the other commissioners to achieve great things for the county and his district.”

Davis said English advanced the African American community a lot during his 40-plus years as a commissioner.

“Richard was a well-respected man. It was an amazing thing to go to a convention and see the following he had because of his tenure,” Davis said. “You’d be surprised at all the commissioners who would come around and talk to Richard.”

Commissioner Ellis Cadenhead said that English often didn’t say a lot, but when he did speak, it was important.

“I took him home after every meeting, and we’d reflect on the meeting. He was very concerned about the citizens of the county, and he has been a longtime friend, but more than that he was a great, great commissioner,” Cadenhead said.

“He didn’t have a lot to say at times, but when he spoke, he meant what he meant. He was a good man.”

English was a military veteran who served in the Vietnam War.

Two years ago, he was recognized for 40 years serving on the commission.

“It has been a great, great honor for me to serve the citizens of Troup County and the State of Georgia, and I have enjoyed every moment of it,” English said at that time.

“There have been some ups and downs and some arounds, but I’ve been able to weather all of them.”

According to a press release from the county, English spearheaded the establishment of the Martin Luther King, Jr. holiday in Troup County, and also created an affirmative action program for employees. In 2001, he was recognized in the Congressional Registry for his instrumental contributions to Georgia and the United States. English was the Chairman of the Community Action for Improvement Board (CAFI) for 35 years and the Chairman of the FEMA Board and Emergency Food and Shelter Program for 38 years.

“We are very sad to hear that Troup County Commissioner Richard English has passed away,” said LaGrange Mayor Jim Thornton. “Commissioner English served 42 years in office and was the longest serving county commissioner. He was also a great citizen of LaGrange. The mayor, city council, and city staff extend our sympathy to the family and friends of Commissioner English.”

English graduated from Speight High School in Fort Gaines, Georgia and later from West Georgia Technical College, according to his biography on the county website.

English and his wife, Cheris, have one daughter, Leslie, and three grandsons, per his biography. In 2001, The Community Action for Improvement Organization named its administrative facility after English to honor his dedication. County Manager Eric Mosley has requested that flags be put at half-staff in recognition of English’s service to the county.