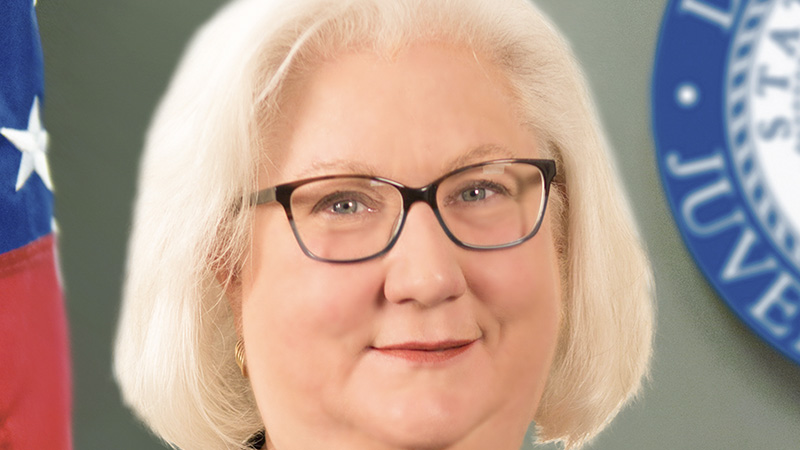 Taylor has served on the Board of Juvenile Justice since 2004 and will now serve a second two-year term in her role as chair of the board.

Her reappointment to board chair was confirmed during the Board of Juvenile Justice’s July meeting.

“I am honored to serve a second term as board chair,” Taylor said in a press release Tuesday.

“I remain committed to positively impacting the lives of DJJ youth and ensuring they receive the care, education and skills sets they need to become successful citizens.”

Taylor serves as the Third Congressional District Representative and is a longtime resident of LaGrange. She has served as the Troup County Solicitor General since her appointment by Gov. Brian Kemp in 2019 and previously served as the county’s chief assistant solicitor general for six years.

In addition, Taylor was in private practice for 24 years specializing in general law. She has represented the Georgia Department of Family and Children Services as Special Assistant Attorney General and clients in Troup County Courts on county-appointed contracts and general litigation. Taylor also served as a partner in the law firm of Daniel, Hadden & Meadors, P.C. Taylor holds an undergraduate degree from Emory University and a Juris Doctorate from Mercer University’s Walter F. George School of Law.

“We thank Chair Taylor for her dedication to the Department of Juvenile Justice,” said Commissioner Tyrone Oliver in a press release Tuesday. “I look forward to continuing to work alongside her in our mission to transform and rehabilitate the young lives in our care.”

The board chair leads DJJ’s 15-member Board, which establishes the agency’s general policy. Each board member is appointed by the governor of Georgia.