Country musician with ties to LaGrange passes away 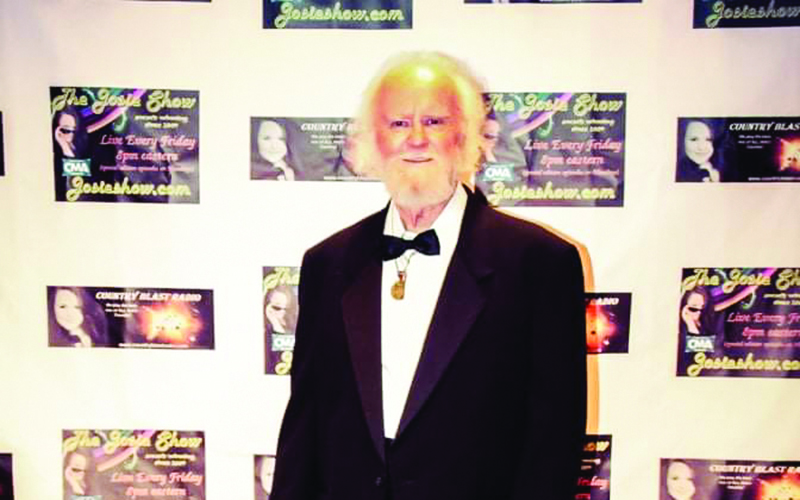 Country music artist Rasie Michael Bailey, known by his stage name “Razzy” Bailey, passed away this week at the age of 82.

“Today My Precious Love of Life passed,” she said in the post. “As a husband, Razzy was kind with unending love for me. He mentored our children and showed by example how to be truthful, kind and loving  to this blended family.  We are [made] better by this gift of God to us.”

The two also, along with song writer Bobby G. Rice, collaborated on “God is Everything,” which is set to be re-released in about two weeks as part of Bailey’s memorial service, Rickey said.

“Razzy recorded it a few years ago with us, and we decided to put it out, but Razzy passed away before it was released,” Sissy said.

Rickey said that the most prominent trait about Bailey was the love he had for his fans and for his fellow musical artists.

“We’d all go over to the Cracker Barrel restaurant…and all of a sudden, you’d see people pushing each other and looking at each other to get to him…Razzy would stop what he was doing, and there’d be no one around him but fans,” he said. “He’d sign autograph after autograph, and they’d take pictures with him, and when we were left…I asked him, “Do you ever get tired of it? You didn’t even get to eat,” and he said, “Rickey, when that day happens, I will know that my career has ended.”

Sissy said that Bright-Bailey was in the process of putting together a memorial for her husband on top of his funeral plans.

Several musical artists and apparent acquaintances of Bailey have sent their condolences as well as spoken highly of the artist.

“My condolences go out to Razzy Bailey’s family,” fellow country artist Ronnie McDowell said via his Facebook page. “Razzy was an [amazingly] talented man and one of my closest dearest friends. He brought me to Razzy Bailey Days on many occasions. He will be missed.”

Associates with the Josie Music Awards additionally shared their condolences on its Facebook page.

“We are deeply saddened to hear about the loss of a true talent and kind man who we are honored to say was a part of our big JMA family when he took home the Lifetime Achievement in 2015,” its post reads. “We are sending all of our love and prayers to Razzy Bailey’s family, friends, and fans during this great loss. Rest in peace, Razzy. You will truly be missed and your music will live on forever.”

Bailey was born in Five Points, Alabama and raised on a farm in LaFayette, Alabama, according to his biography on Wikipedia.  According to a 1997 LDN article, Bailey was inducted into the Atlanta Country Music Hall of Fame following several decades of back-to-back country hits that were prominent in the 1980s.

According to AllMusic, Bailey reached his commercial peak with a string of five number one hits — “Loving Up a Storm,” “I Keep Coming Back,” “Friends,” “Midnight Hauler,” and “She Left Love All Over Me” — and in 1981 was named Billboard magazine’s Country Singles Artist of the Year.

In a 2000 LDN article titled “Country Singer Baily’s ‘feet back on the ground’”, Bailey spoke about his return to sobriety and his continuing musical career despite personal and business issues with “record company policies” that “kept him out of the limelight in recent years.”

“I’m beginning to get my feet back on the ground,” Bailey said, noting that at the time he was releasing a new album.

According to a 2019 New York Times article titled “Here Are Hundreds More Artists Whose Tapes Were Destroyed in the UMG Fire,” Bailey was an artist whose material was destroyed in the 2008 Universal fire.