Pain at the pump: Gas prices on the rise in Troup County, expected to increase throughout August 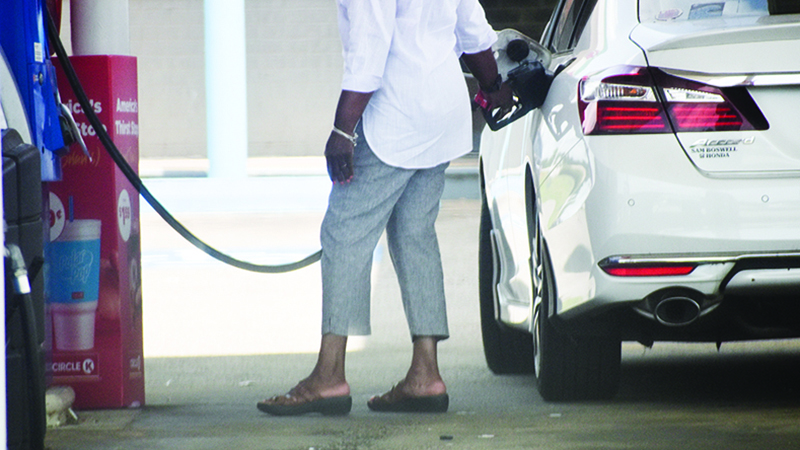 Anyone who has gone to a gas station this week to fill up their gas tanks may have noticed a slow uptick in fuel prices.

As of Thursday, many gas stations in LaGrange and the rest of the Troup County area are staying comfortably within the $2.70 to $2.75 mark, though others are bordering on $2.90 to $3. American Automobile Association is predicting a rise in prices this month by as much as 10 to 20 cents more as crude prices, market concerns and overseas conflict continue to push prices up.

According to AAA, the monthly national gas price average increased to $3.15 nationally in July following an increase to $3 in May to $3.07 in June.

AAA predicts that the beginning of August will likely be as expensive as July, especially as crude oil prices remain over $70 per barrel, a price that is expected to continue to increase this month.

“On average, motorists are paying 15 cents more to fill up since the beginning of May,” said Jeanette McGee, an AAA spokesperson, on the company’s website. “August could prove to be even more expensive if crude oil prices increase, driven by market concerns of rising COVID case numbers and how that could negatively affect global demand in the near future.”

Gas station manager such as Manny Singh of the Shell station on N. Greenwood Street have increased the costs of their fuel as issues continue.

In May, Singh’s was one of several gas stations that were affected by the Colonial Pipeline shutdown, which left gas stations around the country without fuel.

Gas prices in the area rose to as much as $3.75 at some stations.

Others were without fuel altogether.

While the shutdown was solved within a few days, other issues have persisted. During the shutdown, Singh also reported that the ongoing truck driver shortage has continued to affect his business’s daily operations.

The shortage has continued to affect his business and his ability to receive gas as scheduled, he said.

“We have to order gas four or five days ahead of schedule sometimes…” he said. “We’re running out of gas at least once a week. We have small tanks in the ground, that’s a problem … so we can’t order too much [gas] because then they have to take it back, so if we order too much or too less  … that’s a problem.”

Singh agreed that the increase in traveling this summer as COVID restrictions lessened and overseas tensions rose is contributing to rising gas prices.

“I think a lot more people are traveling, and prices are going up…” he said. “Plus, it’s because of a lot of the international issues with production…the barrel prices have gone up, and their production is not increasing.”

Many are taking last second vacations and preparing for school.

AAA said it recommends that drivers fill up when their gas tank reaches one-fourth of a tank.