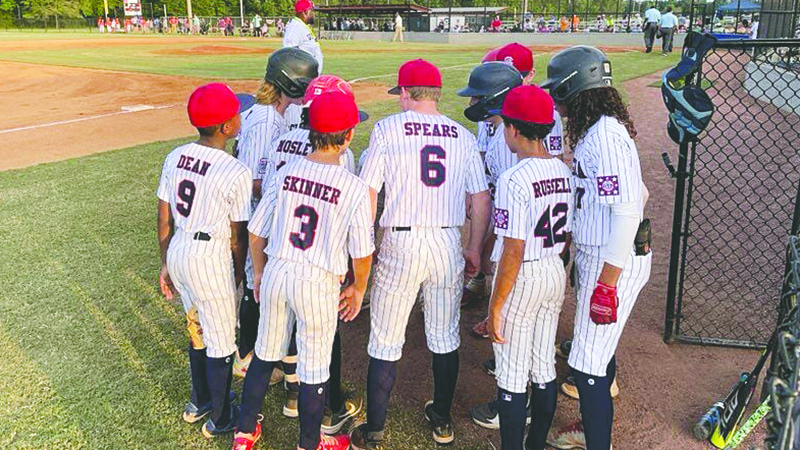 Twelve young boys have been having a blast in Laurel, Mississippi this week and are on the cusp of playing and winning the Dixie Baseball World Series in the Ozone division.

Team Georgia, represented by locals from Troup County, has won three games so far in the world series, defeating Texas, Alabama and Mississippi. They are set to play their fourth game on Wednesday against Florida.

“They’ve been successful,” co-coach Charles Mosley said. “They played hard together. The majority of this group has played travel baseball and parks and rec baseball together since they were eight to nine years old, so they have a lot of experience. They know each other. They play well together. It’s just a good mix of boys.”

If Troup County wins Wednesday, it’ll be one victory away from winning the World Series. A loss would put the team in the loser’s bracket, so they would not be eliminated.

Team Georgia has had fun in more ways than one recently.

“We were able to take the kids, have a lot of fun,” Mosley said. “We went to the mall, and we went to play laser tag. A lot of things like that. The kids have handled everything exactly like we wanted them to.”

Willis said the boys were handling being away from home well.

“The kids get along really well,” he said. “They had a blast at the hotel together, going to eat, having fun. They’ve had a great time.”