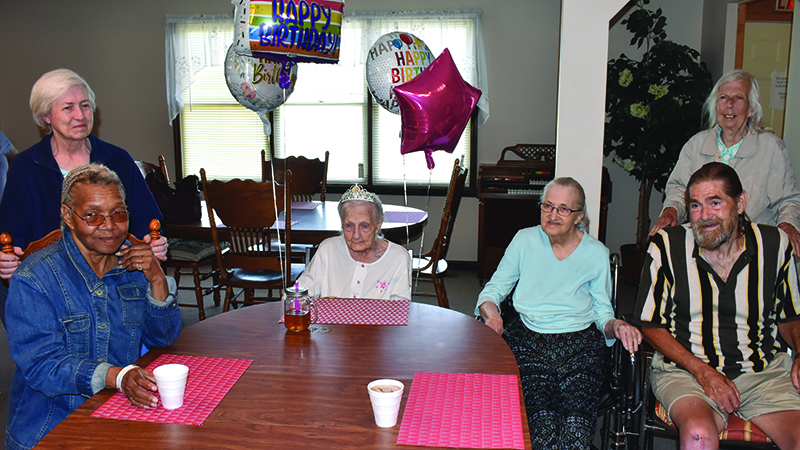 Birthday girl Alma Cook awaits a birthday cake to make her 102nd birthday all the sweeter.

A LaGrange native turned 102 on Thursday.

Alma Cook, a resident of Leisure Living of LaGrange, wore a tiara as she sat at a table in the dining room. Due to her condition, a regular interview with Cook, nicknamed “Cookie,” wasn’t possible. Staff members spoke for her.

“I’ve been here since 2009 I think, and she has read the whole Bible, through and through,” staff member Sherry Bailey said. “You don’t find too many people who have read the whole Bible. She gave me a Bible and told me to read it and try to live by it.”

A former manager of the facility, Nancy Collier, said that Cook used to be a teacher. She also said Cook has a living daughter, Melva Cosper, who lives in town, and a living son, George Cook, who lives in Mississippi.

Staff members also shared that Cook doesn’t believe in wasting food, that her fondest memories are of her family, that she had arrived at the facility in 2006, and that she was very social and loving.

Cook was given a birthday cake.

The first world war had ended the year before.