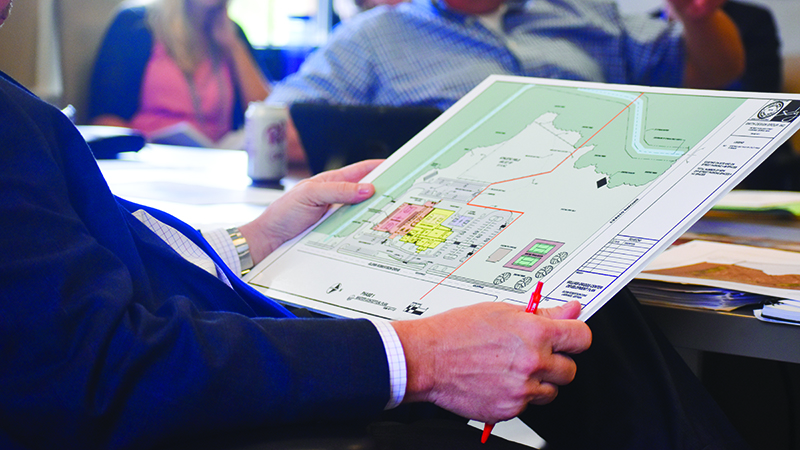 Lance Dennis, director of the Troup County Parks and Recreation, shared with the LaGrange City Council some news that will benefit the Griggs Recreation Center, and subsequently, the community.

Troup County Parks and Recreation is set to receive a $2 million grant from the Callaway Foundation that will go toward various renovation plans for the Griggs Center.

According to Dennis, to get the grant,  the city and the county need to promise a match of $2 million toward the project.

The council agreed to  secure their match of the funds, $1 million, during its council meeting Thursday night.

Dennis recalled that when he entered his position in 2019, he instantly noticed several issues with Griggs Center.

“The roof had a lot of issues, the pool was just atrocious, it needed to totally be destroyed and rebuilt,” he said.

“And the other thing that bothered me the most was the on-street parking. It was not safe.”

During his first commission meeting that year, the late Commissioner Richard English approached him with plans that the county had during that time to build a splash pad.

“He said to me, ‘This community deserves better than this. See what you can do,’” Dennis said. Following a meeting with the county to discuss community input, Dennis received word that former LaGrange basketball player Carla Williams wrote a letter to the Callaway Foundation on her concerns about the state of the Griggs Center.

“She wrote, ‘The Griggs Center meant so much to me and made me who I am today. I wouldn’t be where I was without that facility. Could you please do something to renovate that facility and make it into a place that people want to attend and bring it back to the special environment that it was before?’” Dennis said.

The letter would spark the Parks and Recreation department to create a committee of long-time residents to develop solutions, Dennis said.

“The county only had about $300,000 put aside for the Griggs Center … and this committee was trying to find ways to spend [that money],” Dennis recalled, adding that the committee reached out to the Callaway Foundation for ideas.

Now, the Parks and Recreation Department has plans to renovate the interior and exterior of the facility. The plans are broken down into three phases, with the $4 million from the Callaway Foundation, the city and the county to be used in the first phase.

The opening phase will include a new gym, turning the current, smaller gym into career centers for the public to use and will get  rid of the on-street parking, Dennis said.  Phase II includes rebuilding the swimming pool that will be inclusive to first-time swimmers. Phase III will include moving the outdoor basketball courts to where the tennis courts are now and putting in a small amphitheater.

Dennis said Parks and Recreation will be on the lookout for state grants that can be used for Phase II and III. If those do not come through, those two phases will be SPLOST funded.