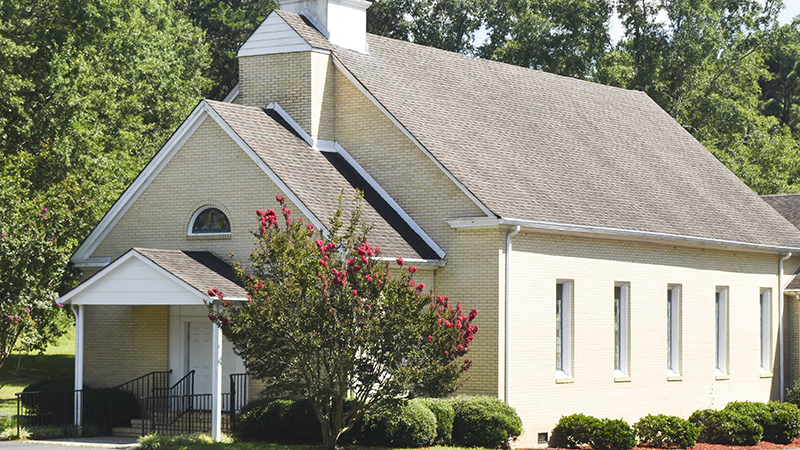 “It was a high honor of my whole ministry to do the 190th,” said the Rev. Larry Bird, who was the church’s first full-time pastor from 1977 until 1981.  “I teased from the pulpit that in 10 years, the church would be celebrating [200 years]. I hope I’m still in good health by then. I’d love to come back and do the bicentennial.”

For his message, Bird read from the book of Ruth and told the story of Naomi and her  return to Bethlehem, her own “homecoming,” Bird said.

Pleasant Grove’s homecomings, originally followed by a week-long revival, have taken place during the beginning of August since at least 1928, according to information sent by church member Opal Hoggs from Troup County Archivist Clark Johnson. Pleasant Grove United Methodist Church was founded by the Rev. Isaac Boring on June 21, 1831, at the home of Thomas J. Williamson on Land Lot 119 of the fourth land district of Troup County. Williamson, original owner of the 202.5 acre lot, won it in the 1827 Georgia Lottery that gave away the land in West Georgia.  The church had nine members originally, including the family of the Rev. Williamson and that of Charles C. Bailey.

The first church building was erected in December 1836. A new sanctuary was built in the late 1880s.  While the church’s beginnings were prosperous, the church first would face its first major tragedy one summer night.

“The first church burnt down … well over 100 years ago,” noted Ellis Cadenhead, a Troup County Commissioner and member of Pleasant Grove since 1967.

On Saturday, June 11, 1892, a group of men came to the church to smoke out a swarm of bees that had made it their home, causing a misplaced spark to ignite and burn the church to the ground.   Rebuilding began in August 1892, and the church met in the school house until it was completed in October 1892.  The present facility has been improved and enlarged many times. In 1944-45, the old school building was razed, and the materials were used for a social and dining room, attached to the south end of the sanctuary. It included classrooms and a kitchen.

“It was one of the most caring and loving congregations that I ever preached at in my whole ministry,” he said.

“I’ve served 40 years. I retired four years ago, and Pleasant Grove was the best church I preached at in those 40 years.”