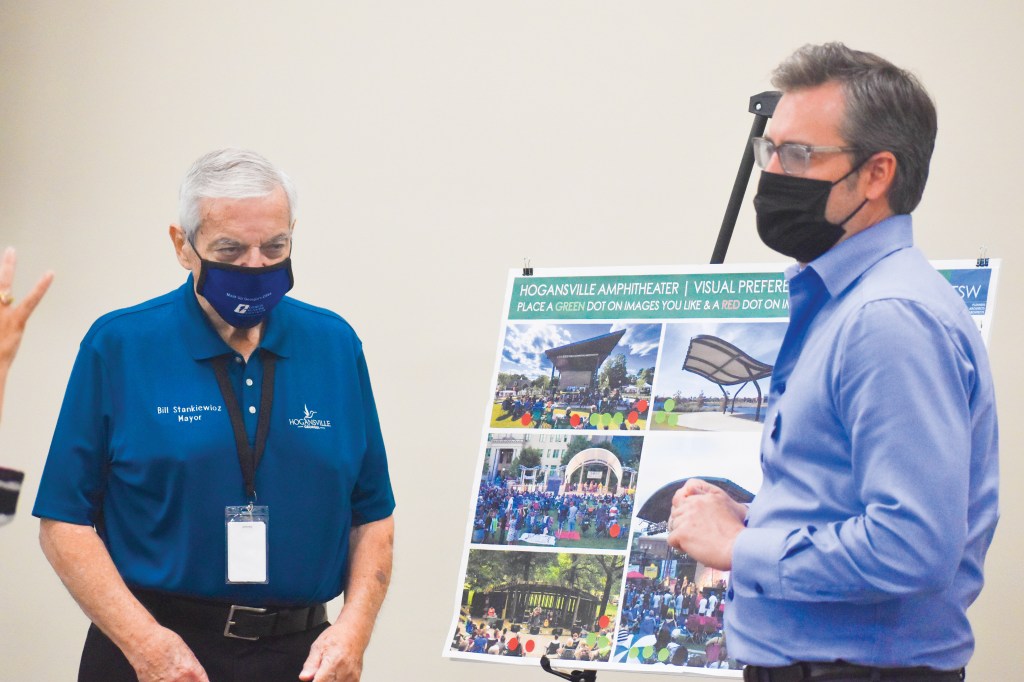 Hogansville City Hall was buzzing with activity Tuesday afternoon as citizens came forward to offer their ideas for names and designs for the town’s soon to be renovated amphitheatre.  Designers in charge of the amphitheatre project took suggestions on how it should look while also encasing it’s “historical charm.”

“We have few activities in the works to help name it [and] let citizens express their individual preference [for the design,]” said David Argo with TSW, the Atlanta-based architect company in charge of the project. “We really just want to get a feel for what people need and want out here.”

Rylee Govoreau, an employee with the city of Hogansville, said the city planned to keep the amphitheatre as true to its historical roots while also embracing the needed modern necessities, such as disability ramps.

Citizens placed green, meaning good, or red, meaning bad, stickers on some design suggestions placed in the room. They also wrote down name suggestions on a sign-up sheet, including “The Nest,” “The Hogansville Veterans Amphitheatre” and “Greenwave Amphitheatre.”

The amphitheatre is located near the grounds of the Hogansville Elementary School and has  served as a gathering place for events in the town since the 1930’s.

Wanda Lowe with the Historic Preservation Commission suggested “The Lam” after a former school superintendent, C.O. Lam, who also owned the Royal Theatre downtown at one point and had a hand in building the original amphitheater, Lowe said.  She expressed her desire to keep the amphitheatre as historically concurrent as possible.

“We want to be sure that the historic structure maintains its integrity, and that it has the opportunity for multiple uses,” she said.

The project is still in its early stages, said Adam Williamson with TSW, and the cost of the project will depend on the design. Citizens’ input will help the company create a final design to bring back to the city, he said.  The city will host its first concert, featuring band Whiskey Moon, on Sept. 17 as a sort of showcase for the amphitheater, Govoreau said. Citizens will be able to see “what the amphitheatre could be.”