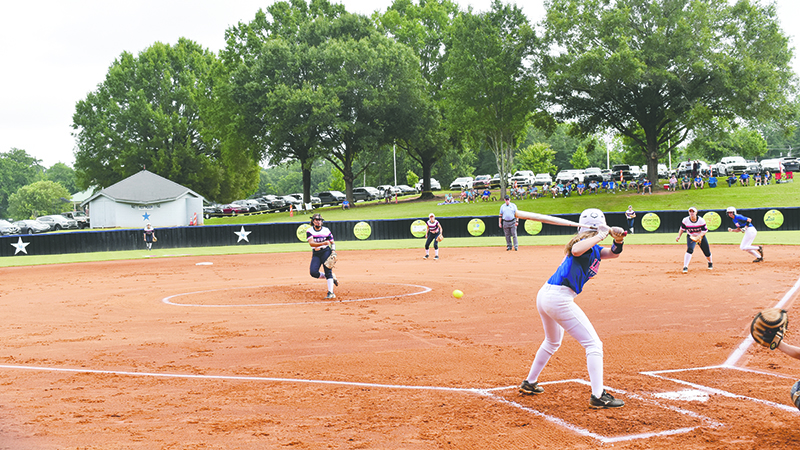 On Saturday, LaGrange, Callaway, and Troup High’s softball teams played against each other in the annual Hope for a Day tournament to raise money and awareness for breast cancer. Troup-LaGrange was the first game, followed by Troup-Callaway and LaGrange-Callaway.

“I think this is a really great event where three crosstown rivals come together for a really good cause. It’s bigger than softball for a day,” said Chase Wilson, an event coordinator.

In the first game, LaGrange defeated Troup 8-0 in five innings. In the second game, Callaway beat Troup 4-2 in seven innings. The tournament was suspended during the seventh inning of the second game due to weather conditions.

The tournament has been going on for at least 10 years, according to Gabby Heath, head coach of LaGrange High’s softball team.