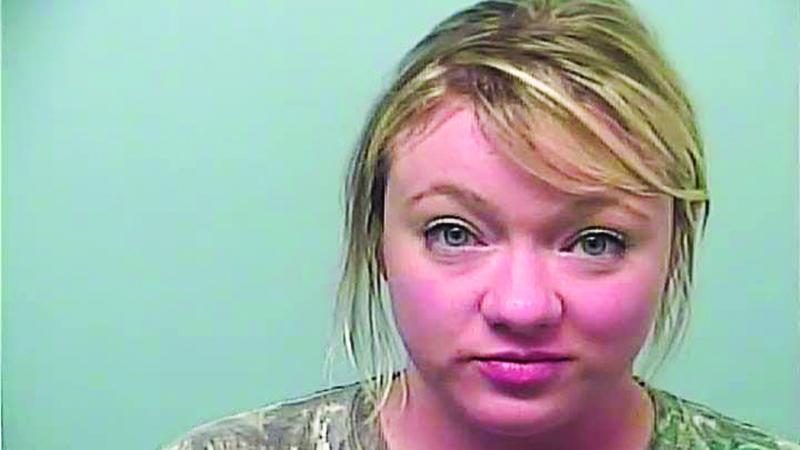 Officers with the LaGrange Police Department arrested a woman for allegedly stabbing her boyfriend, per a press release from the department.

Officers with the LPD arrested Jessica Costley, 24, of LaGrange, for aggravated assault, on Sunday night.

At approximately 10:22 p.m., officers responded to 420 South Page Street in reference to a subject having been stabbed.  Officers arrived on scene and made contact with the victim, a 26-year-old male, who was suffering from several large lacerations to his face.

The victim advised he was assaulted by Costley, who he identified as his girlfriend.

The victim was treated for his injuries and released.

The Criminal Investigations Section responded and during the subsequent investigation it was determined that Costley had assaulted the victim with a knife.  Costley was later located at her residence and taken into custody and charged with aggravated assault.  At the time of her arrest, Costley was not on any active probation/parole or bond status.  If anyone has any information about this incident please contact the LaGrange Police Department at 706-883-2603 or Troup County Crime Stoppers at 706-812-1000.