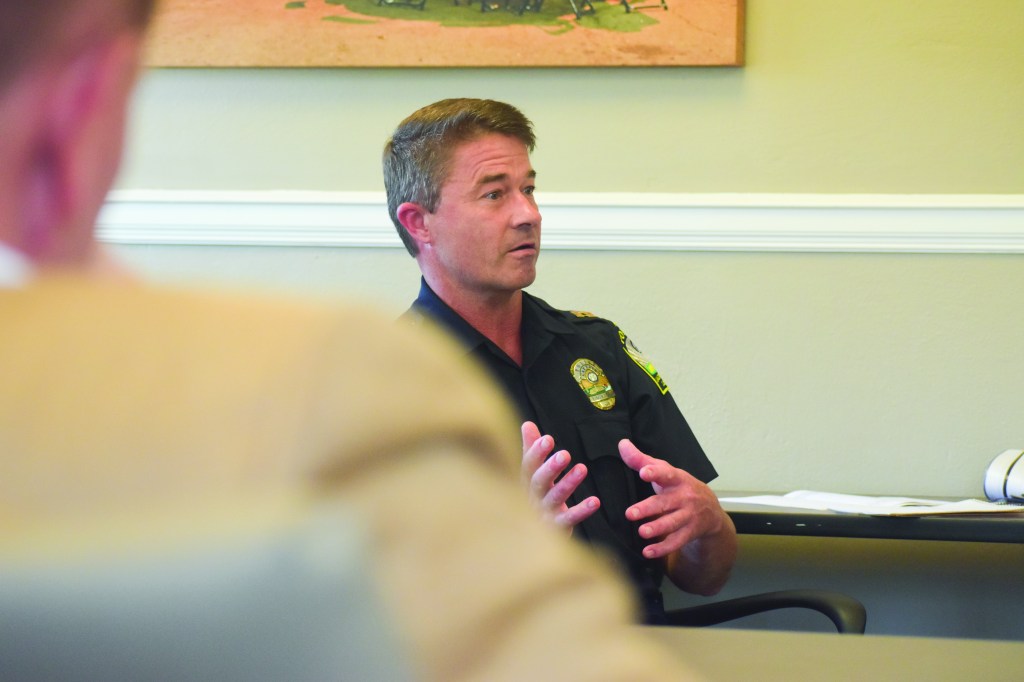 The LaGrange city council is continuing to research probable amendments to the city’s dog tethering ordinance as it relates to putting an animal on a trolley system, but a solution may be harder to obtain due to current issues surrounding the LaGrange Animal Shelter.

Capt. Mike Pheil with the LaGrange Police Department and Chis Bussey, the LaGrange animal services supervisor, met with the council during its Tuesday work session to discuss the repercussions of outright eliminating the trolley system ordinance due to the amount of service calls the regulated staff of the city’s animal services responds to.

“We are running a [seven day a week] operation at animal services with four employees…with temporary help,” Pheil said. “We are already into overtime expenses…I’m wearing out my employees. We do not have the time to be proactive. We’re responding to calls.”

Pheil said that he has spoken to the resident who originally proposed to amend the ordinance, Evie Kettler, on several occasions regarding the treatment of animals in the county, and agrees “whole-heartedly” with her current concerns on the trolley system.

Kettler, an area resident and animal rights advocate, proposed to the council that “dogs not be tethered outside 24/7 on runner systems” during its Aug. 12 meeting. Kettler specified that she was requesting the ordinance be changed so that a dog could be on a runner system “under supervision” and only for “a specific amount of time” as a means of temporarily restraining a dog for no more than a few hours at a time.

Kettler suggested mirroring the ordinance after Newnan’s own trolley system ordnance, which does not allow tethering unless “a competent person is outside with the animal and within the person’s line of sight of the animal or unless the tether or other restraint is being held by a competent person,” as stated in Newnan’s municipal charter. Pheil noted that animal services strive to educate animal owners on the proper laws when they assess a situation, a sentiment he shares with Kettler, he said.

“If we can issue citations or warnings or remind them of the ordinance without having to take those animals…then absolutely,” Pheil said.

Councilman Mark Mitchell suggested that, should council decide to amend the ordnance, that it could mirror Newnan’s, and suggested that animals put on a trolley system should only be allowed “from light until dark” and that owners be cited after a third offense so that officers can better process complaints without removing the animal right away.

LaGrange Mayor Jim Thornton ultimately suggested that staff continue to look into the ordinance situation and how other communities handle the issue before an ordinance be brought back to the council for review.

TCSS to reopen three schools that have been closed…