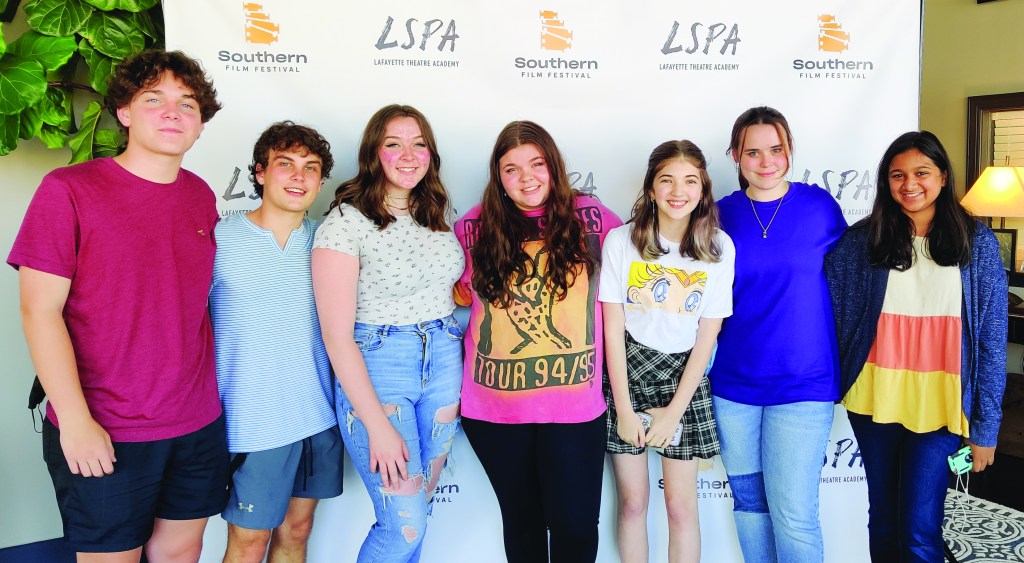 The LaGrange Lafayette Society for Performing Arts’ first annual Southern Film Festival went off without a hitch Friday and Saturday, and many filmmakers left not only with some new fans but also some great connections to follow them in the world of filmmaking.

LSPA had been an active member of the Southern Film Festival’s parent festival, the Lanett City Film Festival for some time, explained Amy Guinn McDow, director of the Lafayette Theatre Company, which has aided in the company’s participants in building connections beforehand.

“We’ve been an active part of that festival up until COVID,” she said, adding that last year’s festival went online when the pandemic started. “Lanett opted not to do the festival this year, and we made so many connections and did so much, we started brainstorming for another venue. It made sense just to bring it here since the academy students have been so involved.”

One highlight included the premiere of Lafayette Theatre Academy’s first short film, “Exit,” which featured several students from LSPA and was directed by Eric B. Wright, founder of the Lanett City Film Festival and the Southern Film Festival. The film was shown at the beginning of the festival each day, McDow said.

“[The students] really got to see the size of the filmmaking process, and it was such an educational opportunity for them to meet the different directors and filmmakers who came through here,” McDow said.

The festival included 28 films, including narrative shorts, documentaries, student films and full-length features from both visitors to the area and a handful of locals.

Among the festival’s featured guests was Oscar-nominated producer Enrique “Rico” Diaz, who is known for his films “Dekalb Elementary,” “Perfect People,” and “Jeremy.”

Diaz presented his film, “Jeremy,” which followed the journey of a battled-scared Marien and the struggle to find a balance between the duty to the military and his duty to his family.

Diaz, who is normally stationed in Los Angeles, described his experience in LaGrange as “excellent,” noting not only that the company’s students were exceptionally talented but also that the area makes for perfect filming inspiration.

“I love coming to areas like [LaGrange],” Diaz said.

“Being in the LA area, there’s a lot of hustle and bustle. I love coming out here and interacting with the people … there’s genuine people with different perspectives.”

Weldon described the making of the film, which was filmed in the West Point area, as a more simple process.

The film itself was shot in one day, though much of the b-roll took a few days more, he said.

The weather particularly was the biggest hurdle he and his crew had to get over.

“We had a lot of rain, so we had to cut out a lot of outdoor shots,” Weldon said. “Luckily, the church we filmed at was a rather big venue.”

Weldon’s plans for future projects to include his “LaGrange vision” and to expand his networking opportunities to other creatives both locally and internationally.

“I just want to continue to grow and be a creative,” he said.

“I’m excited about the possibility of networking … and to show people what I’ve learned and how I’ve grown.”

The festival concluded Saturday night with an award ceremony for the participants. Among the winners included Robert Judson’s “A President In Our Midst: Franklin Delano Roosevelt in Georgia” for Best Feature Length Documentary and People’s Choice Award. LaGrange was a featured filming location in the film.