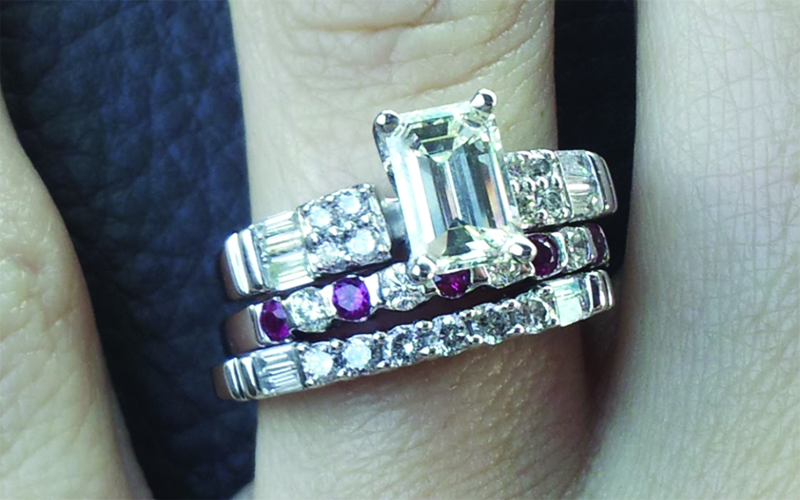 Erin Ward of Thorsby, Alabama lost her rings on a stay in Pine Mountain. She’s offering $2,000 for their return.

An Alabama woman who was offering a $2,000 cash award for the return of her missing jewelry said she has since located two of three missing rings.

The woman, Erin Ward, was alerted by the owner of Express Pawn in LaGrange on Aug. 2 that her diamond engagement ring diamond and wedding band were pawned at the location. On Wednesday, Ward picked up the rings and had to pay a $500 fee, which is the amount they were pawned for, she said.

The rings were pawned by two women Ward said she did not recognize in the pawn shop’s surveillance.

Ward and her family had visited and stayed in the Lodge and Spa at Callaway Gardens in July. She said she accidentally left rings in the room where her family was staying.

She returned to the hotel as soon as she noticed the rings were missing but was told by a hotel staff member that the lost and found had already been locked up and that housekeeping had already gone home, she said.

She was told that another guest was occupying the room she had stayed in and the staff member told her that the hotel manager would contact her the following day. Several days passed and Ward said she was not contacted by the manager outside of a Facebook message. Ward then personally went to the hotel’s cleaning staff to pass out flyers and offer the award for the return of her rings, “no questions asked.”

“All of those women that day… said ‘we would never do that, and if we found them we wouldn’t even take your reward money,” Ward said.

“Just knowing for certain that someone took them and someone pawned them, I’m just aggravated.”

Ward said she has been in contact with an attorney and is seeking legal action against the hotel.

“They did not follow protocol,” Ward said. “They told Officer Nance [from the Pine Mountain Police Department] that they were supposed to have a manager or someone on manager level check the hotel room before housekeeping, and they did not do that.”

LDN reached out to the public relations division of Callaway Gardens but as of Monday has not responded to requests for comment.