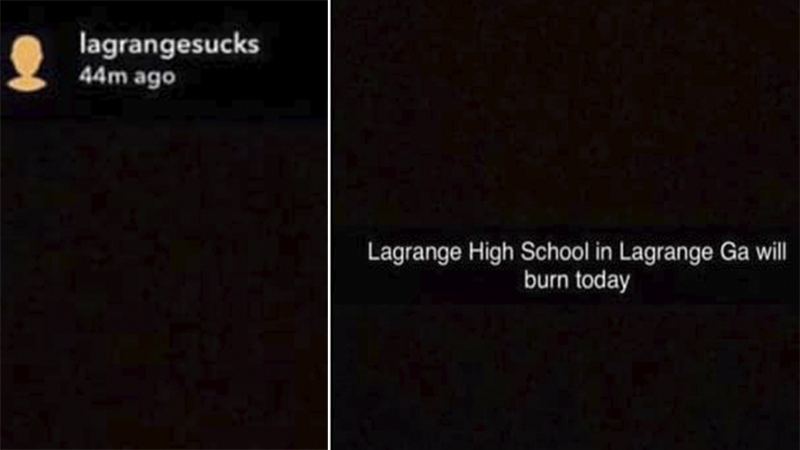 The LaGrange Police Department investigated a bomb threat at LaGrange High School on Tuesday but found no validity to it.

There were several messages posted on an account named “lagrangesucks,” with one saying “LaGrange High School in LaGrange Ga will burn today.”

“There was actually some specific statements made in the Snapchat about time and location … that we were able to do to verify were untrue,” said Lt. Mark Cavender with the LaGrange Police Department.

Other messages threatened that the person had been making missiles and bombs. Cavender said the LPD did an inspection of the school to ensure student safety and didn’t find anything.

Cavender said the LPD is working on a search warrant so that they can get more information from Snapchat on the account.

“We’re trying to get to the source of who set up the Snapchat account and where it came from,” Cavender said.

He said that when they find the person responsible, they could be charged with terroristic threats, a felony.