Hudson, Bigsby score for Auburn as part of big weekend for hometown guys 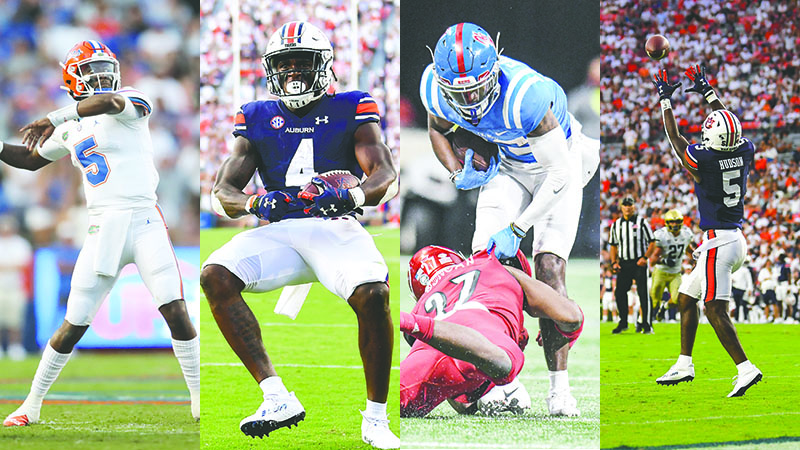 The Troup County area has become a hot spot for recruiting, and many local athletes produced for college football programs across the country this past weekend.

From Auburn to Ole Miss, there were local players all over the SEC this weekend.

Here’s a recap on some of them:

The former Troup High standout caught his first career collegiate touchdown on a 28-yard pass from quarterback Bo Nix during Auburn’s 60-10 victory over Akron. The touchdown put the Tigers up 27-0 on their way to a 34-0 halftime advantage.

Hudson also caught a 13-yard pass and finished the game with two catches for 41 yards and a score.

As expected, the former Callaway star was still the workhorse for the Tigers, even in Bryan Harsin’s new system. Bigsby carried the ball 13 times for 119 yards and two touchdowns, including the opening score of the season for Auburn.

He also caught one pass for 13 yards.

Auburn hosts Alabama State on Saturday on SEC Network as it readies for a trip to Penn State next Saturday night. The Tigers moved up to No. 25 in the AP Poll on Tuesday.

In his first career collegiate start, the former Heard County star led Florida on scoring drives on the first two possessions of Saturday’s 35-14 win over Florida Atlantic. Jones finished the game 17 of 27 passing for 113 yards, one touchdown and two interceptions. He also ran 10 times for 74 yards.

Making his first start for Oregon, the Lanett graduate made four tackles as the Ducks held on against Fresno State.

Bridges and Oregon will be on the national stage this week as they travel to play No. 3 Ohio State at noon on FOX.

SEE SOMEONE WE ARE