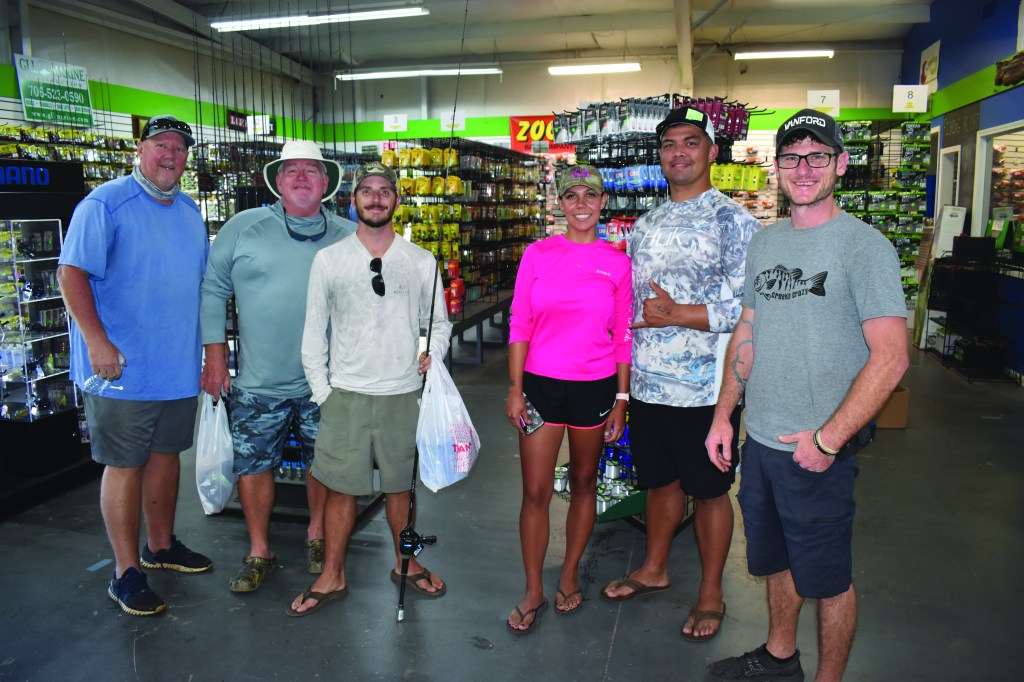 On Saturday Sept. 4, GLL Outdoors held its Kayak Series Stop #6 fishing tournament for amateur fishers, the sixth tournament of its kind this year. Rather than keeping the fish they caught, participants took photos of them against measuring sticks and released them back into the water. They were allowed to send photos of three fish. After catching their fish, the five participants reported to GLL Outdoors’ LaGrange location at 3017 Westpoint Road for the weigh-in.

Austin Loveless won the first-place prize of $125, a fishing rod and reel, and a bag of goodies for his three fish having a total length of 43.25 inches.

“It’s my first win,” Loveless said. “It wasn’t the normal turnout like it usually is. We usually average like 15 people a tournament. Holidays, you know… people are out doing their own thing. We only had, I think, five total … I think the most we had was like in the 30 range on some of the earlier events. But usually later on in the season, it tapers off, and people don’t want to be out in the hot sun.”

Matt Goss, retail manager for GLL Outdoors’ LaGrange and West Point locations, explained that the tournament was conducted remotely. Fishers wrote a tournament code on their hands to include in the pictures of their fish.

Goss said that the tournament usually takes place between the West Point Dam and Blanton Creek.

“On this particular tournament, I opened up the river and the lake because we had all the major flooding,” he said.