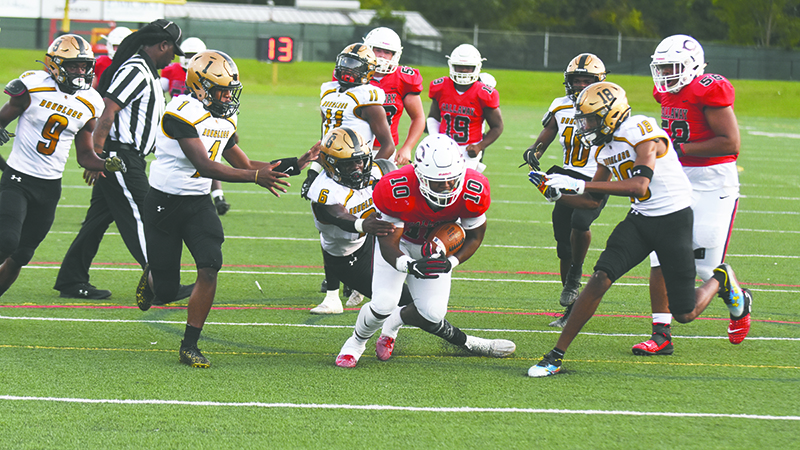 The Callaway Cavaliers continued their hot start Thursday night in a dominant 48-6 victory over Douglass.

Callaway (4-0) led 28-6 at the half thanks to touchdowns by Kier Jackson, Demarcus Coleman and Qua Whitfield.

Amarion Truitt led off the game with a 2-yard rushing touchdown to put the Cavaliers up 7-0.

Coleman scored on the next possession from 8 yards out to make it 14-0, and Jackson rushed in from 5 yards out to put Callaway up 21-0 at the end of the first quarter.

Whitfield capped the first half with a 4-yard rushing touchdown to put the Cavaliers up 28-0.

Deontaeus Brooks added a short score in the third quarter to make it 35-6. Callaway added two scores in the fourth quarter, including one by Jordan King.

Callaway has a bye next week.

After a week off, LHS plays Columbus with a…