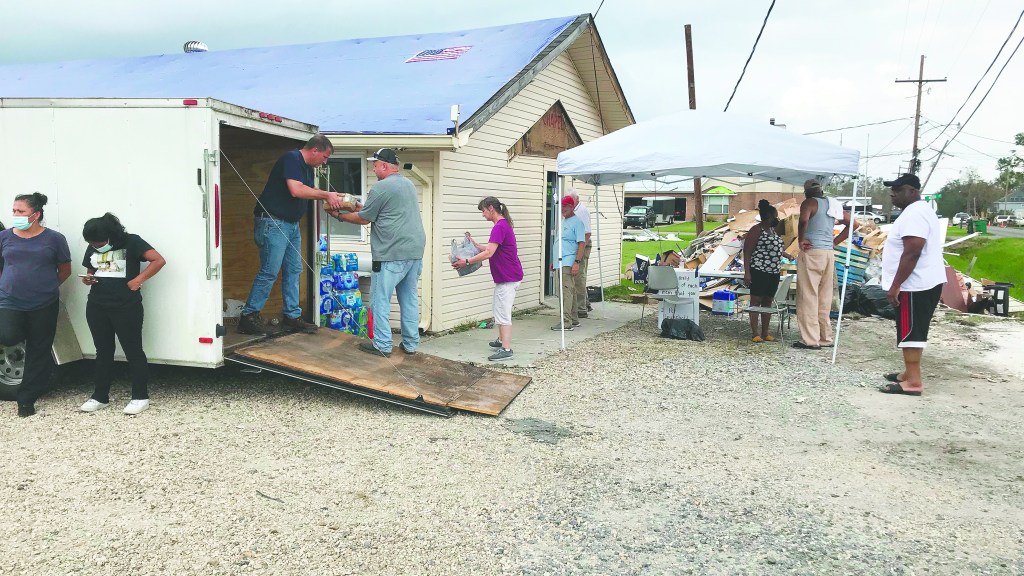 Through the work of a local church, the LaGrange community worked together to help the people of Louisiana impacted by Hurricane Ida.

Goodwin said the area is destroyed and that a lot of people there need help.

“I don’t want people to forget that it’s still going on. It’s not in the news,” Goodwin said. “There are people still genuinely suffering. There will be people that die from this weeks from now that nobody’s going to [hear] about. We’re so wrapped up in whatever else is the newest thing that’s going on.”

Goodwin initially reached out to Dr. Kenneth Gordon, who is from the area, about a way to help. Gordon contacted a family member, who found a contact at Saint Rose Community Church.

“I put some information on Facebook and said this is where we are going, and this is what we need, and people helped,” he said.

Jackson Services and Teaver Road Baptist donated trailers, and soon, they were filled with water and non-perishable food.

On Monday, eight people, including Goodwin, drove down, unloaded everything at Saint Rose Community Church, and drove back.

“When we got down there, they told us we were just in time because they had just given out their last water,” Goodwin said.

Goodwin said the donations show how willing people are to lend a helping hand to others in need.

Goodwin said he felt led to help, though he minimized his own personal impact.

“I feel like God was leading me to do this particular thing. Because I don’t normally do this. Our church has gone to help out, and I’ve never gone, so this was really a first-time thing for me.”

He said he wishes the media would continue to show more footage from Louisiana, as a lot of folks need help down there.

“This is a long-term thing going on down there,” Goodwin said. “I don’t want it to get lost that this happened and that people down there who are genuinely suffering, and the good people of Troup County and probably everywhere else — if they just know, they’re willing to help.”