Athlete of the Week: Lynn having fun as leader on young LHS softball team 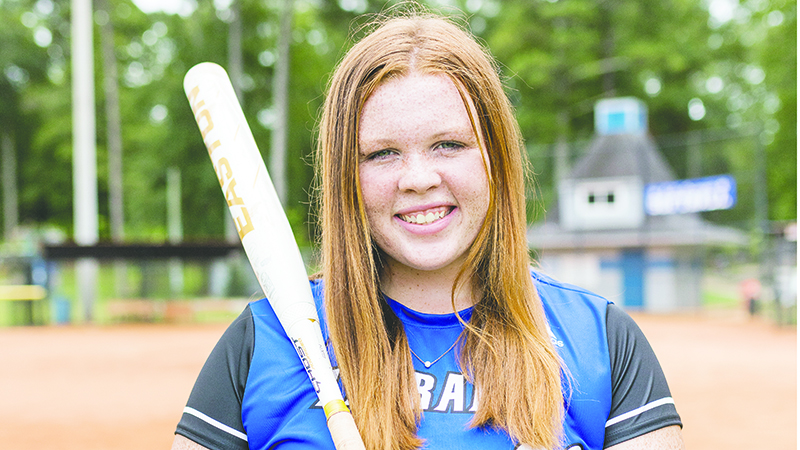 About six years ago, LaGrange High senior Holly Lynn decided she wanted to play college softball. By that time, Lynn had been playing the sport for many years but something clicked.

She said it was a combination of feeling comfortable on the field, her improving game and watching college softball on television.

“I noticed that I was excelling, I was doing really well,” she said. “Then, I started watching the games on TV. That’s when I knew I wanted to play in college.”

Lynn has seen that dream become a reality, as she’s signed to play softball at Columbus State University next year.

But that’s the future. Right now, she has goals in front of her for the LHS softball team. They start with winning the region, and the Grangers also hope to make it back to Columbus for the state finals as well.

Lynn said last year’s team, which was very experienced, was a lot of fun to play on. Led by a large group of seniors, there were high expectations and the Grangers met them.

However, she noted how many young players are on this year’s softball team — 10 freshmen — and said all of that inexperience has made it even more fun.

“Nobody expects anything. Last year everybody expected us to be great, and we were great, so it wasn’t really a celebration,” Lynn said. “But with this team, we are not only meeting expectations, but we are raising them, going above and beyond. We are surprising everybody, which is a lot more fun in my opinion.”

Lynn leads the team in home runs with four and said she’s tried to take on a leadership role for the team’s large freshman class.

It’s clear the community has noticed. This week she was voted The LaGrange Daily News’ Athlete of the Week. The vote takes places weekly on the LDN website and is sponsored by Hughston Clinic.

“I’m excited, and I think that’s cool that everybody voted for me,” Lynn said.

Lynn doesn’t just excel on the softball field though. She also has a 4.7 GPA, and the only thing that might get her more excited than softball is her fantasy football team, Lynnsanity, which is led by Travis Kelce and Ezekiel Elliott.

She spent part of Thursday night wondering why Elliott, whose Cowboys opened the season Thursday, didn’t touch the ball more. Lynn said she spent five hours studying the NFL to get ready for the fantasy football league, which consists of the entire LHS softball team.

“I signed up for a lot of things, got some magazines and read on it,” Lynn said. “Once I go down a rabbit hole, I keep going.”

But first comes softball, by far her favorite sport, and the focus of her fall.

The Grangers are currently 7-6 but undefeated in region play with their eyes set on big goals. She said the region comes first, but after that, anything can happen.

“My only goal is to make it to Columbus, and we’ll deal with that when we get there,” Lynn said.